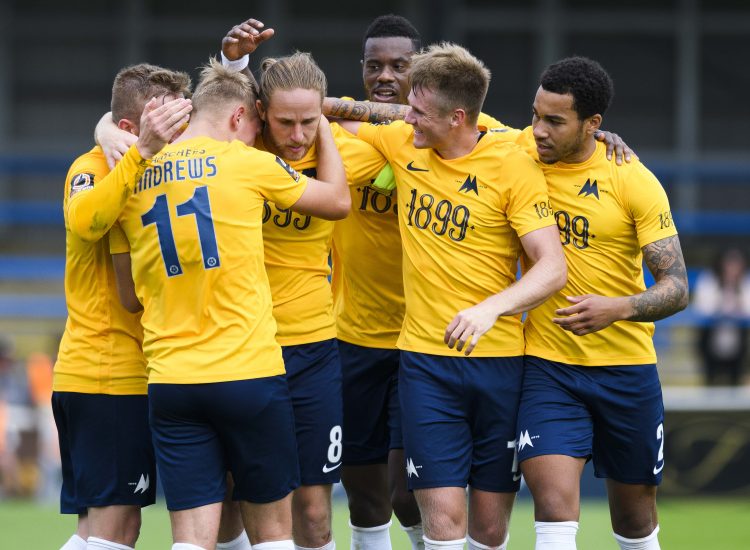 Just over three months after lifting the National League South in front of their adoring Yellow Army at Plainmoor, Gary Johnson’s side were back in action as they made a swift return to non-league’s top tier.

Boreham Wood were United’s first opponents of the 2019/20 campaign, as the two sides faced up to each other at a sun-baked Plainmoor. A tight first-half failed to produce the breakthrough, however Wood were reduced to ten man on the half-hour, as Jamal Fyfield’s rash challenge on Gulls striker Manny Duku earnined the midfielder a straight red card.

Johnson’s men made their numerical advantage count during the second half, as two goals in two minutes from Opi Edwards and Jamie Reid were enough to see United register a 2-1 victory, despite a late goal at the other end summoning a few nerves amongst the home support. 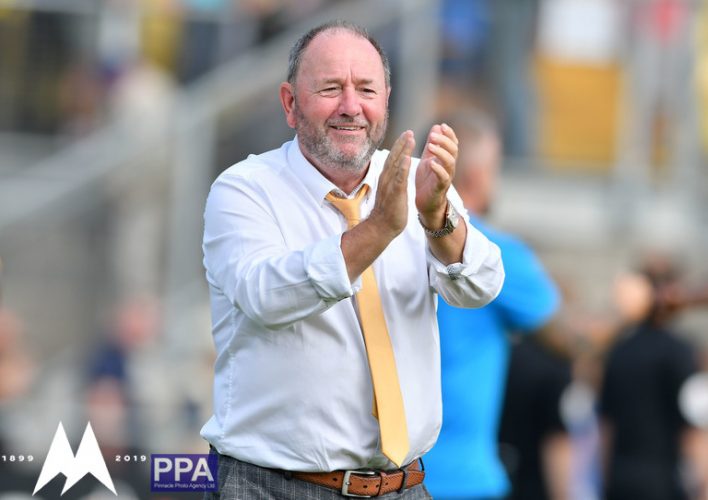 Back in action at Solihull Moors three days later, two goals in the first ten minutes for the home side left The Gulls with a mountain to climb. A third, added just before the interval, ultimately put the game beyond doubt, despite an improved performance in the second period. A disappointing evening was confirmed six minutes from time, as the Moors ‘keeper produced an excellent save to deny United midfielder Armani Little from the penalty spot.

It looked like history was in danger of repeating itself the following Saturday, as a Torquay fell behind with less than a minute played at Bromley. After regrouping though, Johnson’s men were soon back on level terms thanks to Reid’s 35th minute penalty, however parity would only last ten minutes, as the hosts regained the lead on the stroke of half-time.

A wonderful start to the second 45 minutes saw United turn the game on its head, as goals from Connor Lemonheigh-Evans and Jake Andrews put their side ahead for the first time. Unfortunately, the travelling Yellow Army had little chance to celebrate the moment, with a wind-assisted equaliser leaving an entertaining encounter locked at 3-3. 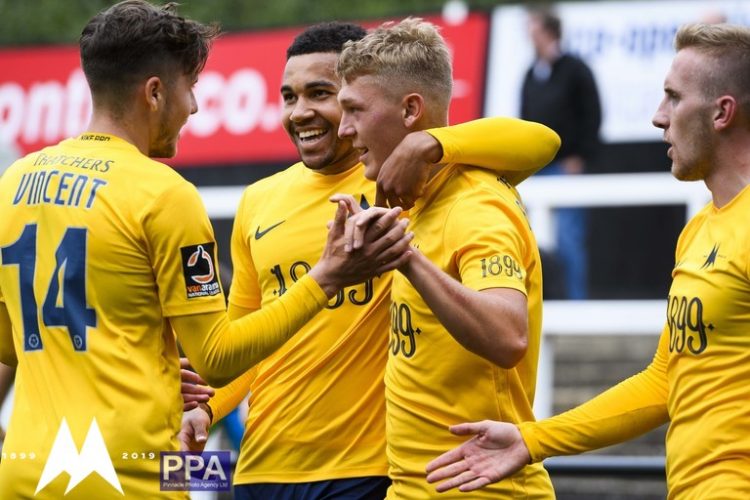 There was no let-up during a packed opening month of the season, with Maidenhead the visitors for Torquay’s first midweek match under the Plainmoor lights soon after. United set about their opponents from the first whistle, however a combination of bad luck, resolute defending and remarkable goalkeeping conspired to work against them, as the away team left Devon with three points following a 2-0 victory.

Any frustrations that Johnson’s side felt were quickly put to one side, with a superb display in their next match at Dover clinching their first away win of the season. Two goals early in the second half broke the deadlock in Torquay’s favour, as strikes from captain Asa Hall and Reid put them in pole position for all three points. Even a late penalty, and seemingly harsh red card for The Gulls’ skipper, could do nothing to dampen the spirits, as the yellow contingent headed home with a marvellous 2-1 victory under their belts.

The TV cameras strode into United’s home seven days later, with the clash against Aldershot selected for live coverage on BT Sport. Johnson’s lads certainly didn’t suffer from stage fright, as they produced a comprehensive performance in front of the watching nation to register a 2-0 triumph, thanks to efforts in each half from attacking duo Reid and Edwards.

With their match at Barnet taking place just 48 hours later, the first period saw Torquay carry on in much the same vein, as an early strike from defender Jean-Yves Koue Niate, followed up a spectacular long-range goal from Little, saw the side go two goals clear at the break. In boiling hot conditions, United weren’t quite able to replicate that form in the second half though, as the home side fought back to salvage a 2-2 draw. 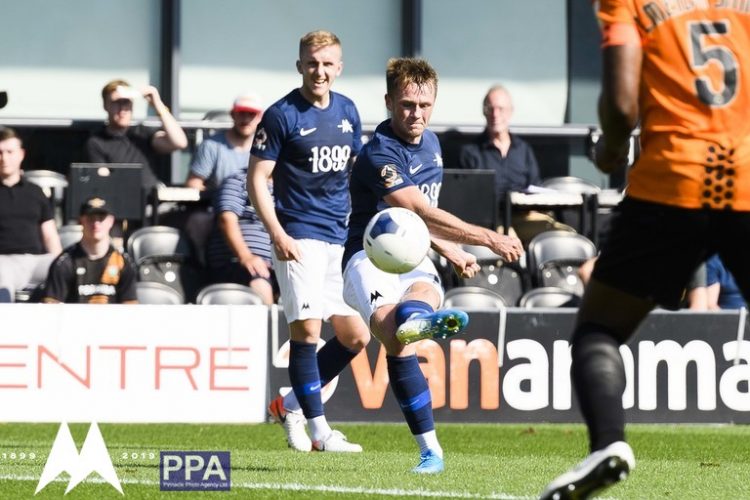 The eighth, and final, match of August saw Hartlepool leave Plainmoor with all three points, as two goals for the visitors, either side of another Reid effort, saw United slip to a 2-1 defeat.

Although the month hadn’t ended as they had hoped, 11 points from 8 games represented an encouraging start to life back in the National League, with Johnson’s side positioned in 10th, just two points off the early play-off spots.