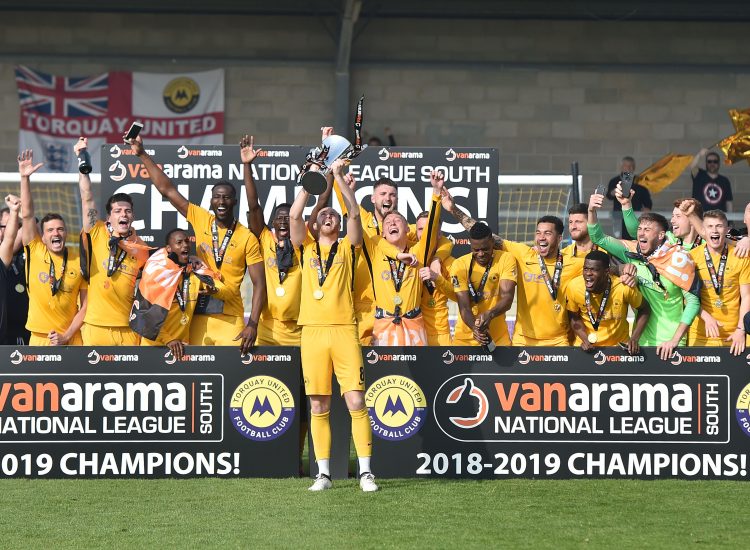 As we head towards 2020, it’s certainly been an interesting last ten years at Torquay United, with the footballing landscape, not to mention Plainmoor itself, having changed significantly over the past decade.

Ten years ago, in 2009/10, Paul Buckle’s Gulls were adjusting to life back in the Football League following a two-year absence.

The rise in status saw a turnaround in personnel, as established favourites such as Chris Todd,  Chris Hargreaves and Tim Sills left Plainmoor to be replaced by the likes of Guy Branston, Eunan O’Kane and the returning Chris Zebroski.

A strong end to the season, not to mention the breaking of a club-record for clean sheets, saw the Gulls eventually pull well clear of the drop-zone as thoughts turned towards a promotion push the following season. 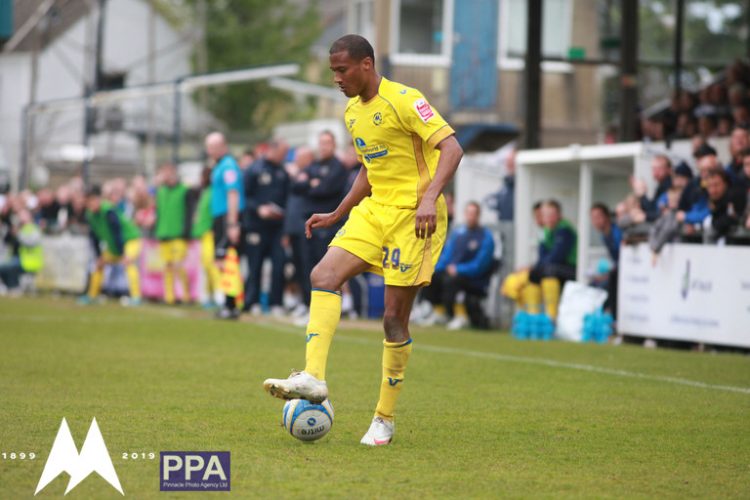 Those aspirations looked to be well placed early on, as United extended their excellent defensive record to 998 minutes, as well as winning their first four matches to soar to the top of the fledgling League Two table.

A dip in form midway through the season saw Buckle once again ring the changes, as Nicky Wroe and Elliot Benyon departed, with Craig Stanley and Jake Robinsom taking their places in a new-look line-up.

Those changes saw a reinvigorated Torquay clinch a place in Play-Offs, with Shrewsbury Town duly despatched to seal a Old Trafford promotion decider with Stevenage. Alas, it was to prove just a step too far for United, as they went down 1-0 in the final . Within hours of the final whistle, the club were dealt another blow, as Buckle left Plainmoor to join Bristol Rovers. 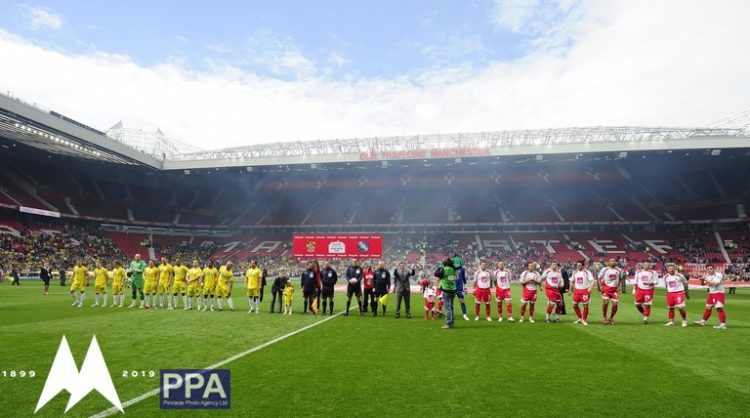 Taking over the reigns from Buckle, new manager Martin Ling had a tough act to follow and quickly set about strengthening the squad.

New frontman Rene Howe led from the front, and with midfielders Eunan O’Kane and Lee Mansell in superb form, United once again battled for promotion. Highlights included a first ‘Devon Derby’ double over Plymouth Argyle in 41 years, crowned off by a 2-1 win at Home Park.

A failure to win their final two fixtures ultimately proved costly though, and with Ling’s men facing the Play-Offs with a injury-depleted and morale-damaged side, it was instead Cheltenham who progressed though to the Wembley showdown. 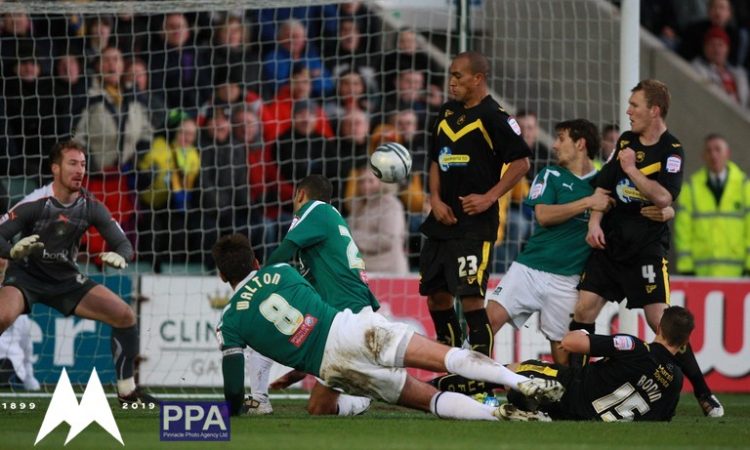 With Plainmoor’s new Bristow’s Bench completed in time for the 2012/13 season, everyone at United was hoping that it would prove to be third-time lucky following two promotion near-misses.

It proved to be a traumatic season for the club on and off the pitch though, as manager Martin Ling was taken ill midway through the season, with the resultant lack of direction forcing caretaker manager Alan Knill to step in and steer The Gulls to safety, although it took a last-day 3-3 draw with Bristol Rovers to confirm it. 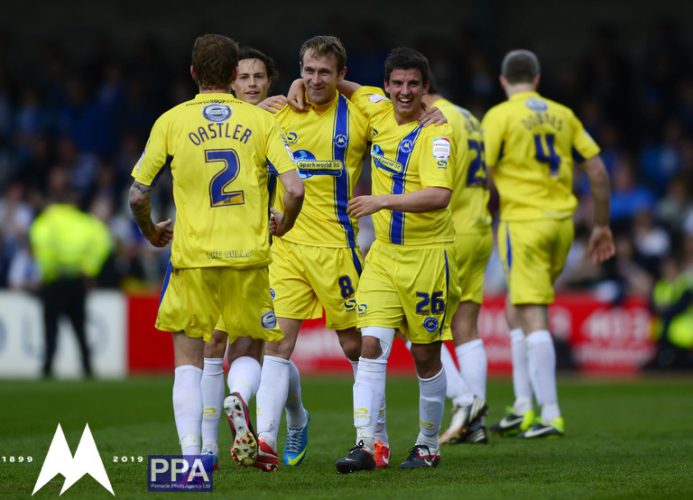 There would be no reprieve the following season though, as following a nightmare campaign, United lost their Football League status after finishing bottom of League Two.

Despite replacing Alan Knill with former promotion-winning skipper Chris Hargreaves in early January 2014, The Gulls’ fortunes failed to improve, with the lack of goals proving to be their main Achilles’ heel.

There were some highlights before United bowed out of the league for a second time though, with the 1-0 win over Portsmouth at Fratton Park and a 2-1 relegation-postponing triumph at Exeter amongst eight away day victories witnessed by the Yellow Army. 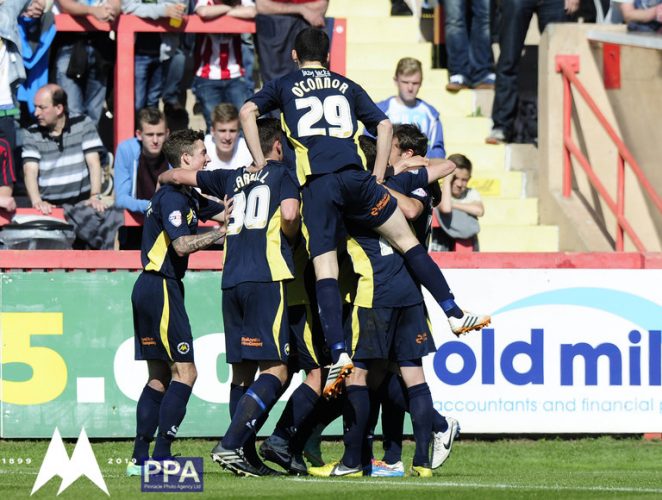 An excellent start to the season, which included a league-best winning run of six games, saw Hargreaves’ side rise up to second in the Autumn of 2014, however a dramatic loss of form in the second half of the season saw The Gulls eventually have to settle for a place in mid-table – Something of a rarity for the club.

A run in the FA Trophy nearly brought a trip to Wembley, however Wrexham cast United aside in the second-leg at Plainmoor to banish hopes of visit to the national stadium.

There were some promising performances throughout the season, including a televised 3-2 win at eventual champions Barnet, but unfortunately a lack of consistency meant that the combined goal threat of new signings Ryan Bowman, Luke Young and Louie Briscoe failed to spark Torquay into a concerted play-off push. 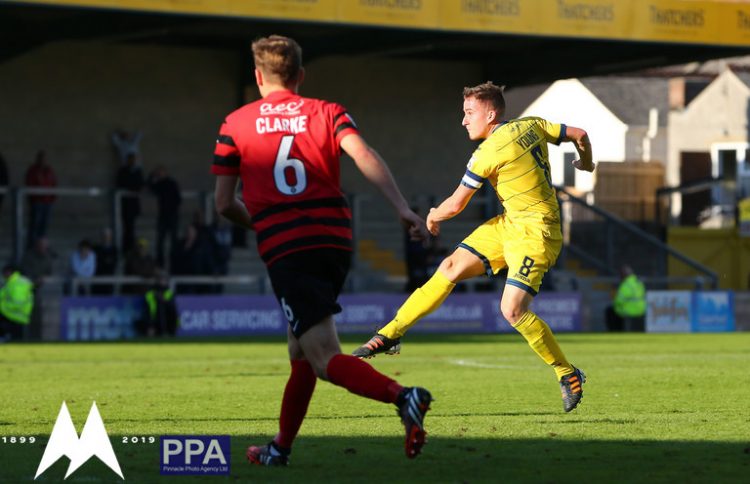 2015/16 saw the managerial mantle pass from Hargreaves to Paul Cox and then Kevin Nicholson in quick succession, as only a superb late run saved United’s National League status.

New signings Nathan Blissett, Shaun Harrad and Danny Racchi, along with the return to fitness of Luke Young, eventually gave Torquay the boost they needed to avoid the drop, with a 2-0 win at Bromley sealing safety with two games to spare. 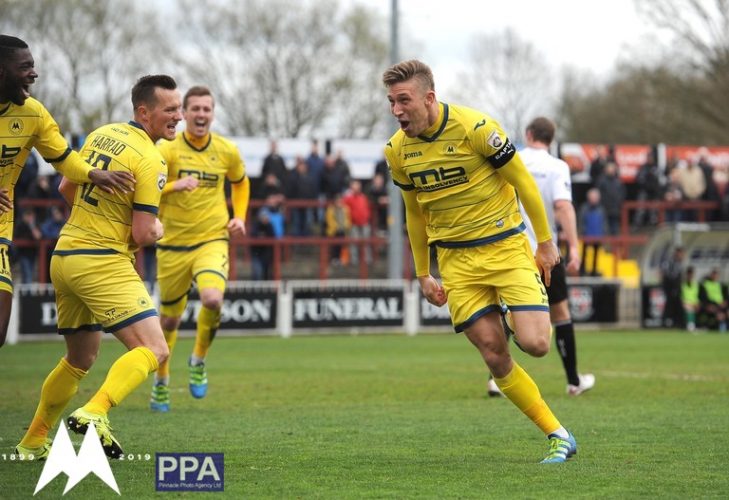 The following campaign proved no less taxing for Nicholson’s side, as they once again left it until the final stages of the campaign before ensuring survival.

This time it was thanks in large part to the goals of Brett Williams, and a late run of successive victories, that saw United slip outside of the drop-zone at the death. A last-day win over North Ferriby at Plainmoor sent Gulls fans home happy, and relieved, once more. 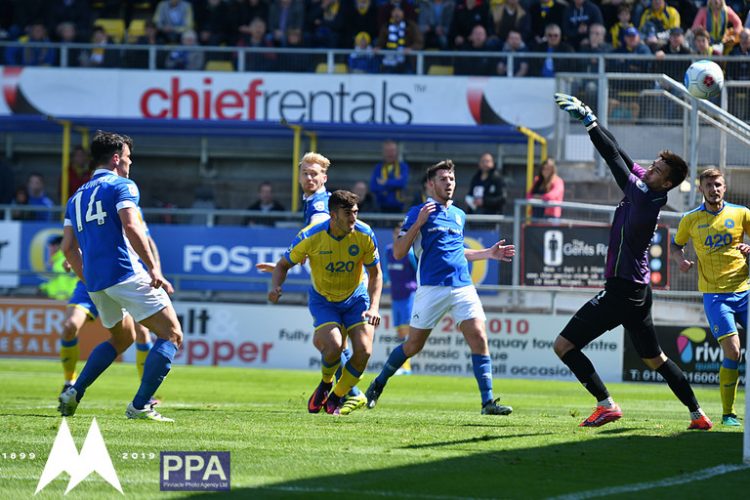 After two narrow escapes, United were unable to avoid the drop for a third time, despite the appointment of new boss Gary Owers in early Autumn.

It took The Gulls until their 14th game, against Maidenhead in October, to taste victory for the first time, and despite an upturn in performances, results failed to materialise for Owers’ men. After a season-long battle, relegation to the sixth tier was eventually confirmed after a 1-1 draw at Hartlepool in April. 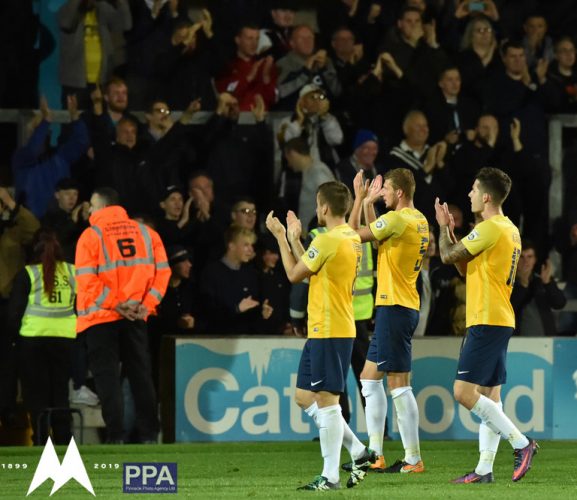 2018/19 in National League South saw a new era dawn at Plainmoor. With an indifferent start signalling the departure of Owers, the arrival of former Bristol City and Yeovil Town manager Gary Johnson saw United’s new-look side give their supporters a season to remember.

The Gulls instantly set about powering their way up the NLS table, moving up from 14th to 1st in double-quick time, thanks to a remarkable sixteen-match unbeaten run including ten victories. Both runs set new club records in the process.

With a revitalised Jamie Reid just one of the stand-out stories of an unforgettable campaign, it was a 2-0 victory over Eastbourne in April that saw the National League South title’s destination put beyond doubt, with Gulls’ skipper Asa Hall becoming the first Torquay United captain in 92 years to lift a championship title. 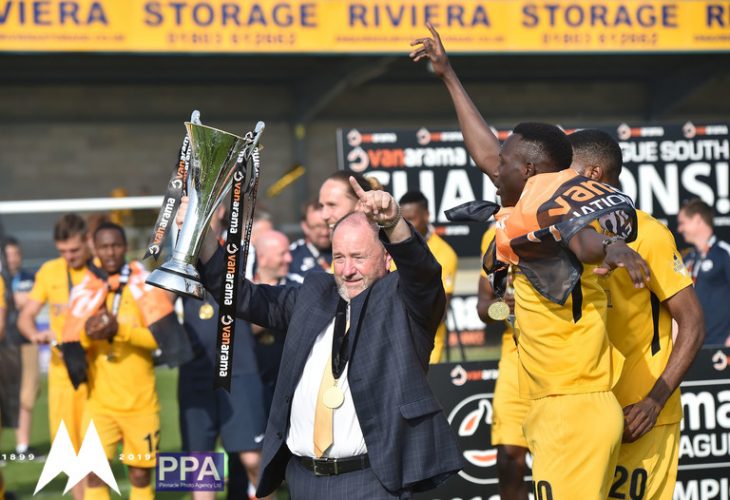 If the next ten years has as many twists and turns as the last decade, it promises to be quite a ride…

Come On You Yellows!