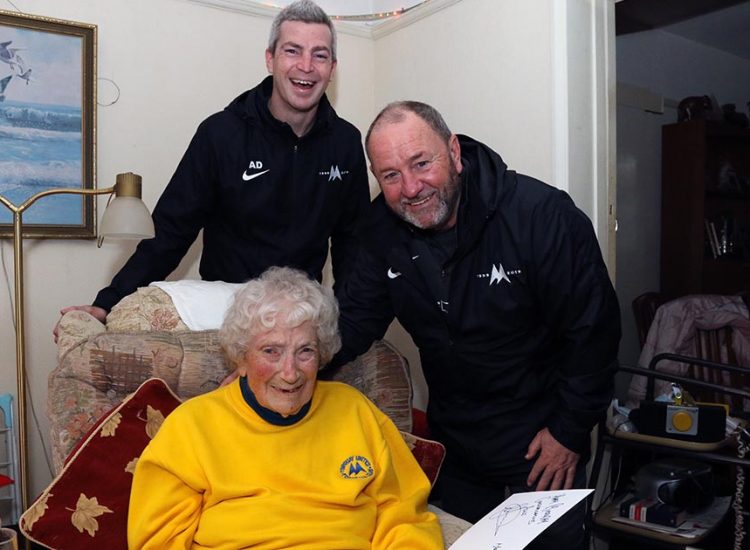 Torquay United AFC have always been grateful for having some of the most loyal supporters in the land, however when one member of our devoted Yellow Army turned 100 recently, manager Gary Johnson and his assistant, Aaron Downes, took time out to ensure their landmark birthday was truly memorable.

Evergreen supporter Alice Rowe, from Newton Abbot, began watching The Gulls as a sprightly 70 year-old, after telling her close friends Ann and Val Wilson how she longed to attend a match at Plainmoor.

Following her first match Alice soon became hooked over the next 25 years, Alice followed the team all over the country. A season-ticket holder until an unfortunate fall five years ago, Alice has continued to follow United’s progress from her armchair, and when the Gaffer made a surprise visit last Thursday, it was a very rewarding experience for all involved. 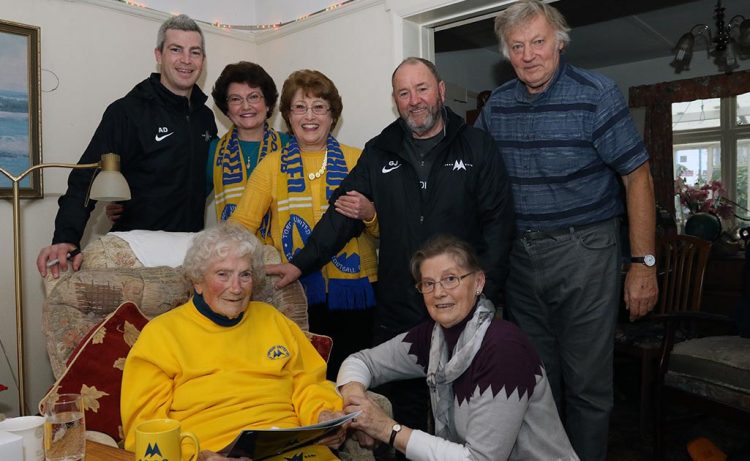 After hearing of Alice’s imminent birthday, United’s manager was keen to show his appreciation for her support, and suggested paying her a special visit.

“It was very good,” said Johnson, who also provided Alice with some gifts to mark the big occasion.

“She is a big supporter. We were there for an hour, we had a bit of a laugh and it was well worth doing.”

Many Congratulations Alice, and thank you for your continued support!