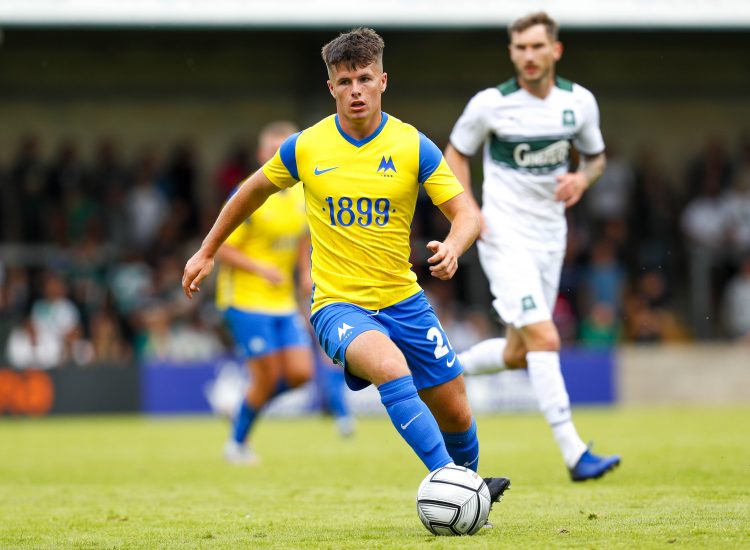 The defensive midfielder signed his first professional contract at Plainmoor over the summer, and his loan spell at Tiverton saw him thrust straight into first-team action last weekend, with Moyse making his debut from the bench in Tivvy’s 3-2 defeat at Gosport.

“It’s important our young players get games, to put into practice the things we’re trying to help them with in training, and also for the experience of playing games at the end of training weeks.

“We’re pleased that he’s gone to Tiverton, and now, like Olaf, you have to compete for a place, and then do your job. He’s got a bright future, and this is part of his learning process.”