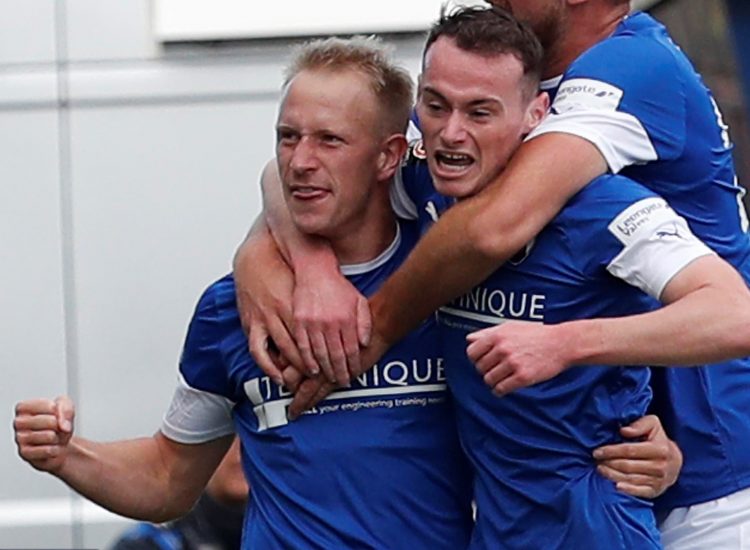 Torquay United have announced the signing of Chesterfield striker Scott Boden on loan until the end of the season.

United manager Gary Johnson was understandably delighted to secure the services of a player who has a proven goalscoring record in both this division, and the one above.

“Scott Boden has scored a lot of goals at National League level, and in the League as well. He’s a very experienced goalscorer, which we’ve obviously been looking for, so I’m very pleased to bring him to our club.

“He’s trained with us, he’s passed his medical with flying colours, and he’ll be going up to Solihull with the rest of the squad.”

Sheffield-born Scott, 31, began his career with hometown club Sheffield United, before arriving for the first of two spells with The Spireites in the summer of 2008.

Boden would remain with the then-League 2 club for five years, during which time he made over a century of appearances for them, before two successful moves to Conference sides followed, first to Macclesfield and then FC Halifax Town.

Prolific form at both clubs earned him a return to the Football League with Newport County, before a switch to Inverness Caledonian Thistle saw him experience top-flight football in the Scottish Premiership.

His return south of the border saw Wrexham, Gateshead and Chesterfield – once more – benefit from his undoubted ability and goals, with his second spell at the Proact Stadium seeing Scott notch 23 goals in just 58 league appearances.

In other player news, goalkeeper James Hamon has extended his loan move from Truro City for another month, as resident goalkeeper Lucas Covolan continues his return from injury.

“Lucas has just started light training on his ankle, but it will probably take two or three weeks to get his match sharpness,” confirmed United’s boss.