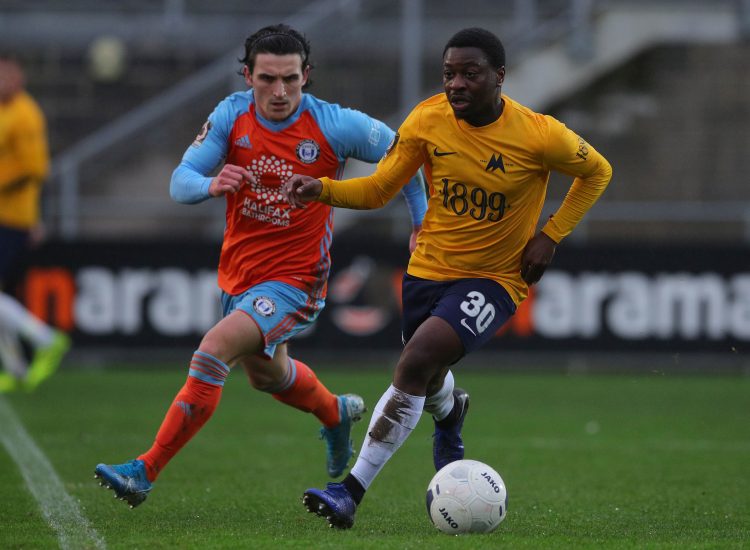 Torquay United is pleased to announce that winger Aaron Nemane has signed a contract with the club until the end of the season.

Pacy French-born wideman Nemane, 22, left Premier League champions Manchester City in the summer, having gained notable experience across Europe during loan spells at Scottish Premiership giants Glasgow Rangers, Dutch side Go Ahead Eagles and Tubize in Belgium. Since joining United last month, he has gone on to make six appearances for the club.

Aaron is clearly delighted to extend his stay with The Gulls for what promises to be an exciting end to the season.

“I’ve enjoyed it a lot, I like the way we play and it suits me,” said Nemane.

“I’m happy to sign the contract. Hopefully we’ll get some good results and see what happens at the end of the season”