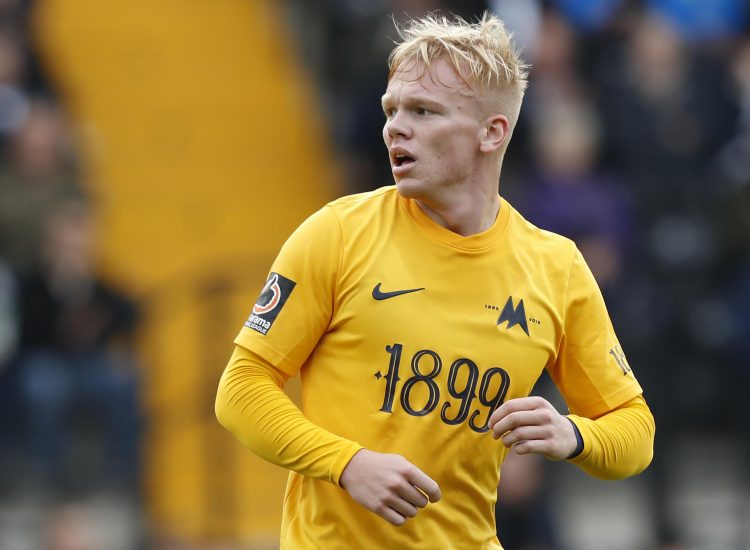 Despite the obvious disappointment of the season coming to a premature end, 2019/20 was one to remember for United midfielder Matt Buse.

Buse, 22, a summer signing from Southern League side Taunton Town, produced a number of impressive displays during the last pre-season to earn a place in Gary Johnson’s squad, ahead of the club’s return to National League football.

After biding his time at the beginning of the campaign, Matt made his much-anticipated debut as a substitute in the 4-2 home win over Harrogate Town in September.

Following that, Buse became something of a lucky omen for the team, as his energetic displays in the centre of the park saw The Gulls clock up seven wins out eight games between the end of September and beginning of November.

“I think I did well for my first season in National League football,” said Matt.

“We went on a really good run, and although the season ended in an unusual way, it was a good one for me.”

That outstanding run of form included a 2-1 home win over AFC Fylde, with the midfield man opening his goalscoring account for Torquay in the form of an injury-time winner.

It’s a moment that understandably features as one of his own personal highlights.

“Nothing beats scoring, and for it to be the winner in the last minute, probably made it the best individual moment for me.”

After following those heroics up in his next game, with another goal in the 4-2 win at Ebbsfleet, Buse would go on to receive further acclaim for his dynamic performances since his introduction into the side, being named as the National League’s player of the month for October.

An ultimately season-ending injury sustained in the Boxing Day defeat at Yeovil would restrict his first season’s appearance tally to 19, however it’s clear there is much more to come during the next campaign, with Matt in no doubt where his – and the club’s own – aspirations lie.

“I can’t wait to get back. The injury is all sorted now – it was a frustrating time, but I am now ready to go again.

“As a team we want to be back in the League, it’s were the club should be, and that’s the main objective.”

Thank you to all our sponsors, including Matt’s Player Sponsors: