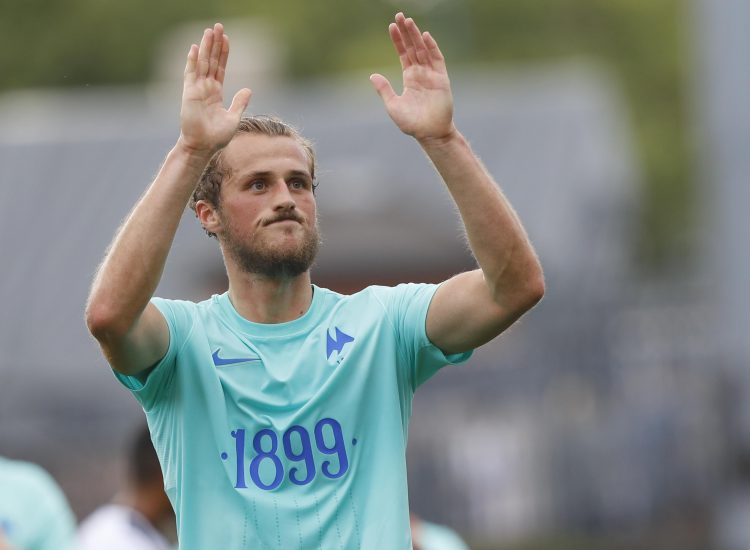 This weekend’s Emirates FA Cup tie against Havant & Waterlooville has the potential to boost United’s prospects in both league and cup, according to Gulls defender Joe Lewis.

Although a place in the First Round proper will understandably be at the forefront of most supporters’ minds on Saturday, the benefits that a positive result could bring to United’s National League campaign are undeniable.

“I think it’s good opportunity, not only to start a little cup run, but also put the last couple of games right. It’s a bit of double header in that sense, we can start another run in terms of just general form, but a cup run would be nice as well.

“In terms of building league form, there’s absolutely a great opportunity for us, especially given that we’ve lost the last two games in the league. There’s the incentive not just to start a up a cup run, but also rectify our general form, and that’s a massive incentive for the game as well. Not only progressing to the next round of the cup, but also just winning  a game of football, regardless of what competition – whether it is in the league or the cup – that’s very important as well.”

For Joe though, there is nothing quite like the thrill of knockout football, especially when it comes to the world’s oldest national football competition.

“For me, playing in cup games reminds me of when I was 7 or 8 years old, where if you lost a game, you were knocked out of the tournament, and that was it. There is definitely something about that kind of football, the do-or-die situation, but of course you want to get as far as you can, because the idea of being drawn against potentially massive teams is unbelievably exciting for anyone I think.”

Saturday’s opponents will provide The Gulls with a stern test, and having secured a 5-2 win over Concord in their last National League South outing, absolutely no-one in Torquay camp will be taking anything for granted.

“We’ not going to underestimate anyone. We never do, we won’t do that. You can say we are a division above them, but it is only one division. To be honest, we’ve seen in the FA Cup, regardless of League 2 sides playing Premier League sides – like Newport County – anyone can have their day.

“We’re not underestimating anyone at all, and that is just not the type of team we are anyway.”