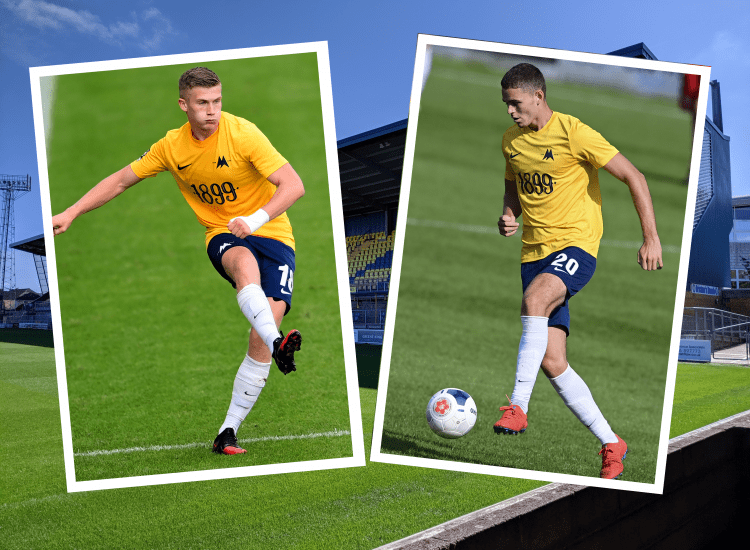 Olaf Koszela and Louie Slough have both joined Southern League side Dorchester Town on loan.

With both players having shown up well during United’s pre-season fixtures at Plainmoor, manager Gary Johnson believes the time is now right for both youngsters to gain experience of regular first team football, with a temporary spell at the Avenue Stadium providing an ideal opportunity to aid in their footballing development.

“First of all, Louie missed a lot of last year due to a back problem. He’s fit now, but I couldn’t foresee him getting into the first-team anytime soon, because he missed half the season last year, so we decided it would be a good idea to get him some games, at least for this month.

“It’s the same really with Olaf, in that he’s so close to the first-team, but not in the first-team at this moment in time. Because the team are playing well at the moment, it’s very difficult to take him as a substitute all over the country for a few minutes in a game. We decided he needed some minutes in games at this stage, so he can hopefully get a few goals for Dorchester. He’s travelled down with Louie, so they are both together.

“I’ve spoken to both players, and they are both happy – I’m not moving them out, I like them both and I think they are both going to be very good footballers in time. At this time, they need to be playing 90 minute games, and that’s hopefully what they will be doing at Dorchester.

“I’ve got high hopes for both of them, and we’ll reassess it at the end of the month.”