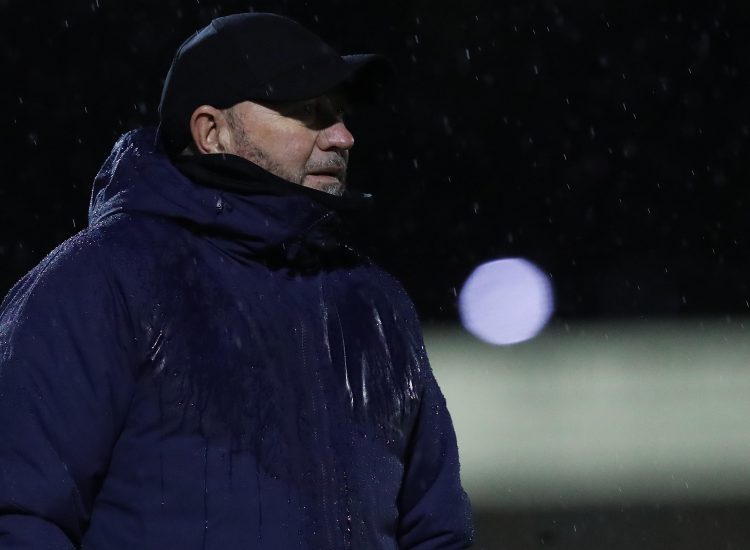 United manager Gary Johnson was disappointed with his side’s performance following the 0-0 away to King’s Lynn Town on Saturday.

“I think it was a poor performance by us today,” said Johnson.

“I didn’t recognise our game at all. Credit to Kings Lynn really, we knew they were no mugs, and the Kings Lynn that are no mugs turned up. It was a disappointing game for us, and obviously I am always disappointed not picking up three points wherever we go.

Although The Gulls’ boss was unhappy with the showing in Norfolk, he did reserve some praise for the defensive resolve shown by the team, as they chalked up a welcome clean sheet away from home.

“We weren’t as effective as we normally are. We certainly didn’t create enough chances, but the thing that disappoints me more is I didn’t recognise our game, that’s when I get disappointed.

“To be fair, the boys did quite well in the penalty area, clearing all the ‘last minute’ tackles, corners, and things like that. In our penalty area, they were desperately trying to stop them scoring, so that was good, but outside our defensive penalty area, there wasn’t enough going on, and they know that.”

Torquay’s cause wasn’t helped by a controversial sending off for captain Asa Hall with just over ten minutes remaining, following on from Sam Sherring’s early departure through injury.

As ever, the Gaffer was quick to look ahead though, with Tuesday evening’s home clash with Dagenham & Redbridge a perfect opportunity to regain the attacking swagger so evident in recent performances.

“We’ve had a little chat. Unfortunately, we felt the sending off wasn’t a sending off – no way – it wasn’t a yellow card either, we felt. We’ll have another look at that, and we’ve got a bit of an injury with Sam Sherring, who had to come off.

“Sometimes it was boring, but we mustn’t let the rain, and the poor performance, halt our season, so there’s a bit of work over the next two or three days. We go again on Tuesday.”