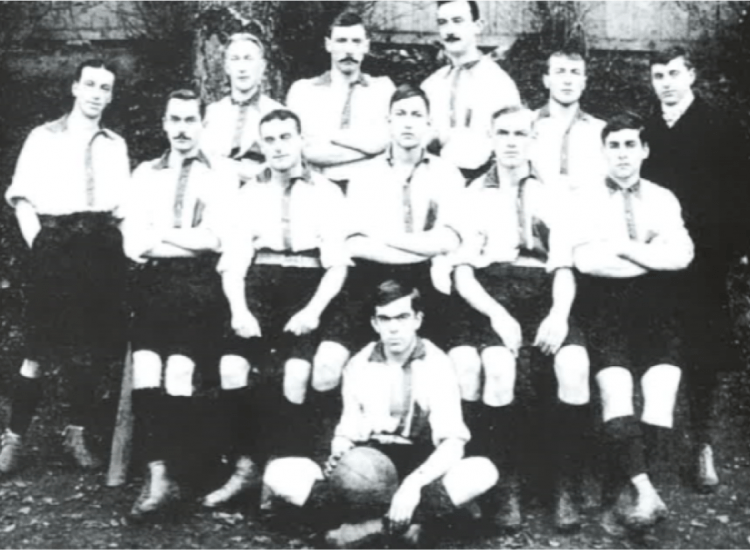 A heavy defeat isn’t the ideal way to begin any season, and after finishing bottom of the East Devon League in 1900/01, a 8-0 home defeat at the hands of Exeter Training College certainly wouldn’t have filled many of United’s growing supporters with much confidence for the season ahead.

However, rather than sapping the side’s confidence, it appeared to galvanise them.

A 1-1 draw in their next league fixture at Dawlish, with Bennett netting for Torquay, was a vast improvement on the heavy defeats suffered at the same side’s hands the previous campaign, and sparked the club’s best form to date.

With the league still only comprising of a very small number of teams, friendlies were once again arranged to supplement the limited fixture list. A run of four friendly wins in a row was abruptly ended by GWR Students, however United responded to the disappointment in the best possible fashion.

Exeter United would have undoubtedly made their way to the Recreation Ground in confident mood in early December, having dispatched of Torquay by an aggregate score of 10-0 during the previous season. However, in what was to serve as further proof of the team’s growing stature, the home side ran out 4-1 winners. Dickinson’s opener and Keeling’s penalty put United in charge, with an own goal and further strike from Garside adding gloss to a somewhat emphatic scoreline.

To prove it was no fluke, goals from skipper Clarke-Pitts and Arnold saw Torquay emerge with a 2-0 win in the return fixture at Exeter the following month, as their upturn in performances began to make the local public take notice.

In addition to their on-pitch efforts, goalkeeper Harry Tomney, at over 6ft 5in tall, was also gaining national attention. Deemed to be the tallest footballer in the country at the time, his huge frame helped his team claim a number of clean sheets, something that was unthinkable during their debut season in competitive football a few months earlier.

As the East Devon League headed towards its climax, further successes over Devon Regiment (2-0) and Dawlish even more comprehensively (4-0), saw United begin to dream of an unlikely league title.

Although a 6-1 hammering by Exeter Training College put paid to those aspirations, a Scott-Evans goal was enough to seal a 1-0 win over Combined Batteries, before proceedings were brought to a close as Torquay lost a hotly-contested match against Devon Regiment 3-2.

After an inauspicious start, things were starting to look up.