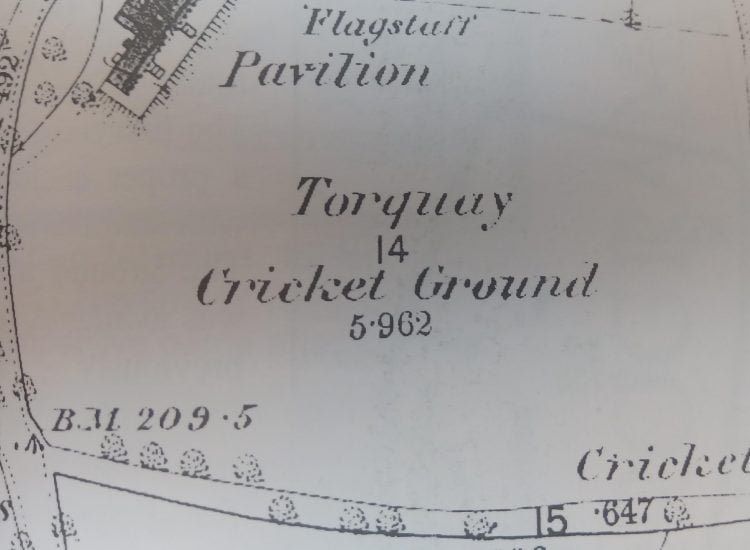 Having now re-established themselves in the East Devon League following a 12 month absence, 1906/07 once again saw United play out a handful of fixtures, whilst supplementing a rather barren fixture list with first-team friendlies.

Things got off to a perfect start, as local rivals Ellacombe were put to the sword in the opening friendly of the new season, as goals from Deane and Pridham clinched a 2-1 win at Torquay’s Cricket Club home. Just as in previous seasons, the team’s results were largely inconsistent, with their next match ending in a 0-3 away defeat to St Luke’s College.

There was drama at the end of November, as United were unable to field a full side ahead of their scheduled league match, resulting in the match being cancelled. Eventually three players were ‘borrowed’ to allow the match at 111th Battery R.F.A. to take place, and although no league points were on offer, Torquay did have the consolation of travelling home with the plaudits following a 3-1 win.

That result saw the team hit a rich vein of form, as they emerged undefeated during their next five matches. Their 1-1 draw at Ashburton was followed up by four straight wins as United headed into the new year in style, courtesy of eye-catching home victories over old foes Ellacombe (3-1), Exmouth United (6-1), Exeter City (1-0) before dispatching Ashburton themselves with a 6-0 scoreline.

It was therefore disappointing when Torquay once again bowed out of cup action for the fifth successive occasion, as Keyham progressed through to the 2nd Round of the Devon Senior Cup, following a 2-0 win at the Cricket Club.

A week later, United’s cup curse was finally put to bed though, with White and A.Durbin on target to secure a 2-1 home win over Bovey St. Johns in the East Devon Cup, giving the club their first taste of knockout success. Sadly, their cup run would not last much longer, as they went out in the very next round in arguably the worst possible circumstances – a 4-0 hammering away to Ellacombe.

Torquay’s final month of fixtures may have all been friendlies, however they all carried a great deal of significance amongst the club’s growing fanbase.

Any fixture against Exeter City would have aroused interested in the town’s football circles, and although it was their opponents that were unable to raise a full quota of players this time, a 4-1 away triumph would have provided the players’ morale a timely boost following their recent cup exit. Local bragging rights were then partially restored as goals from Burton, White and Pridham gave United a 3-1 win over Babbcombe, before 3rd April saw the county’s sole professional outfit, Plymouth Argyle, once again pay the club a visit. A 7-0 defeat was to be expected, however it did represent some improvement on the side’s heavy defeat two years earlier, when The Pilgrims amassed double figures against their beleaguered opponents.

The campaign was brought to a close on 6th April, as Torquay’s see-saw spell of results with Ellacombe continued with a 2-1 away defeat, leaving United with much to ponder over the summer.

Little did they know it at the time, but that result was to set the tone for what was to be a turbulent 1907/08 for the club.