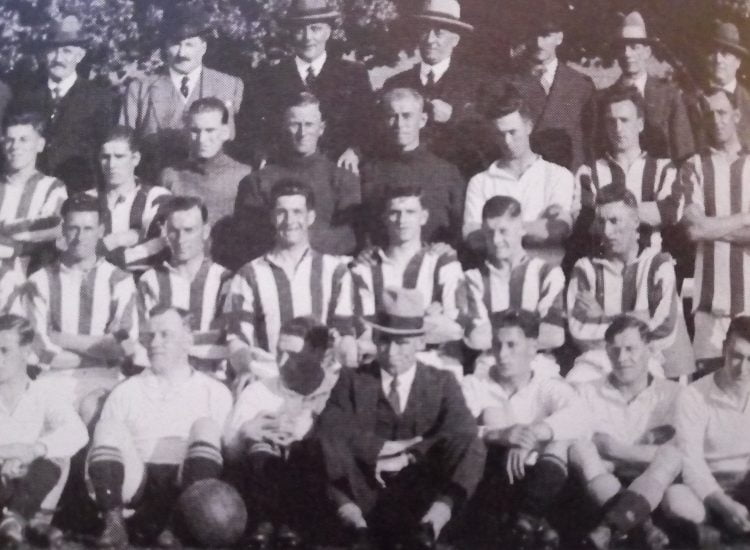 After being forced to seek approval from their new Football League counterparts following a tough baptism into Division 3 (South), everybody at Torquay United was determined for history not to repeat itself 12 months later.

With a number of new signings made, expectations were high as over 7,000 fans welcomed domestic football back in late August for the opening day clash against QPR. A thrilling encounter was witnessed at Plainmoor, however The Magpies were sadly on the wrong end of a seven-goal showing, with the visitors returning to the capital with a 4-3 win.

One point from the next two games at Gillingham (1-1) and Bristol Rovers (1-2) made for a dubious start, however three home wins on the bounce against The Gills (2-1), Watford (1-0) and Newport (4-1) redressed the balance somewhat. In between those latter two games came further evidence that their away form would take a little while longer to rectify, as Torquay went down 0-1 at Walsall.

Back-to-back defeats against Crystal Palace (0-2 away) and Swindon (2-4 at home) preceded a much-needed confidence boost in early October, as United chose St James Park of all venues to put their away hoodoo to bed, courtesy of a 3-1 triumph. Seven days later their margin of victory was even more emphatic, as the side stormed to a 5-1 win over Brighton at Plainmoor.

Both sides of their form were on full view over the next fortnight, with a 0-3 defeat in Norwich followed by a 3-1 home win over Charlton, before Mackrill’s side slumped to their heaviest defeat of the season at Northampton (1-6). As if the home defeat to Coventry (0-2) the following weekend wasn’t punishing enough, the team were dealt a huge blow, as leading scorer Bill Henderson’s season was curtailed due to injury.

Having notched 10 goals in just 15 matches, Henderson’s absence was sure to be missed, however despite drawing a blank in their FA Cup 1st Round tie away to Gillingham (0-0), United ironically displayed their finest goalscoring form of the season. In their role as hosts, a 5-1 thrashing of the same side in the replay four days later set the tone, before a resumption of league duties saw another Plainmoor goalfest, with Brentford dispatched in a similar vein (4-1).

Although Exeter City put an end to Torquay’s cup aspirations thanks to a narrow away victory (0-1), The Magpies made up for it immediately after, as Wally Gardner grabbed a hat-trick in a 6-2 success over Merthyr. The only disappointment was a dramatic drop in the attendance, with over 11,000 attending the Devon Derby against City, but under 3,000 returning seven days later to watch the win over the Welsh side.

Typical of United’s inconsistency, that rout was swiftly followed up by a tame 0-3 loss at Southend, before the club’s first experience of festive football ended in disappointment, as they made the journey back from Fulham following a 2-1 Christmas Day defeat, only to share the spoils against the same opponents at Plainmoor 24 hours later (1-1).

Nothing if not unpredictable, double defeats against QPR (1-5 away) and Bristol Rovers (0-1 at home) came prior to successive wins over Watford (2-0 away) and Walsall (3-2 at home), before a nightmare run of just one win in ten games signalled a change at the helm.

With all four of February’s matches ending in defeat against Newport (1-4 away), Bournemouth (3-4 away), Crystal Palace (1-2 home) and Exeter (1-3 home), a 2-1 win at Brighton at the beginning of March was much needed. However, that success was merely delaying the inevitable, and with the games against Norwich (0-3 home), Charlton (0-2 away), Northampton (0-1 at home), Plymouth (0-4 away) and Coventry (1-2 away) not yielding any further points, March would see Mackrill replaced as Secretary / Manager by former Birmingham full-back Frank Womack.

One defeat in their last eight games was a notable contrast to their previous form, with a hat-trick of draws over Plymouth and Luton (both 2-2 at home), followed up by a goalless draw at Brentford. Three points earned from a 4-1 home win over Bournemouth and 1-1 draw at Swindon further helped Womack’s cause in pulling his side away from the foot of the table, and although a 0-3 reverse at Merthyr did undo some of that good work, wins in both of their final two games at Luton and at home to Southend on the final day (both 2-1) saw Torquay end the campaign in 18th spot, four places and five points over last-placed Gillingham.