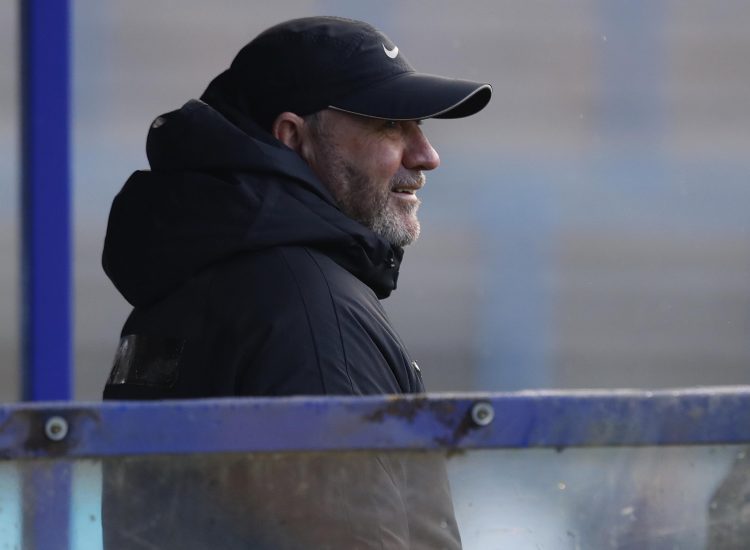 United manager Gary Johnson was understandably delighted after seeing his side strike late on – again – to seal a 2-1 win away to FC Halifax Town.

“I was really pleased with the commitment of the boys,” said Johnson.

“We went one up and obviously they scored their goal to make it one all. We kept going, got the penalty, missed that, and some teams might have dropped their heads, but we kept going.

“It was a great goal by Asa in the first half and a great goal by Connor in the second half, but we had to work hard for what we got. We didn’t quite have that finish, that last pass – that ‘De Bruyne’-type pass – which we’ve got to try to work on. I don’t think De Bruyne is available to be honest!

“We’ve got to work on that, but the effort the boys put in, and the game management was very good at the end.

“They’re no mugs, they work a lot on stopping you and breaking very quick on you, and so you have to keep the ball longer if you can. I think we did that on occasions, and obviously if you score two goals, then you’re entitled to win a game.”

With his side looking the more threatening in possession for long periods, United’s persistence, and spirit, eventually paid off, thanks to Connor Lemonheigh-Evans’ 83rd minute winner.

“You’ve got to have the fitness to finish strong. We were unlucky – it was an inch whether we got the final ball through to a striker to score. It was just being cut out and sometimes we have to give credit to the opposition, because they defended for their lives as well, and they were on the back of good result against Notts County.

“It was a very good win and it will be a very comfortable trip home. They knew the importance of getting the three points, with a ten day gap in games.”