In Pursuit Of Plainmoor Perfection 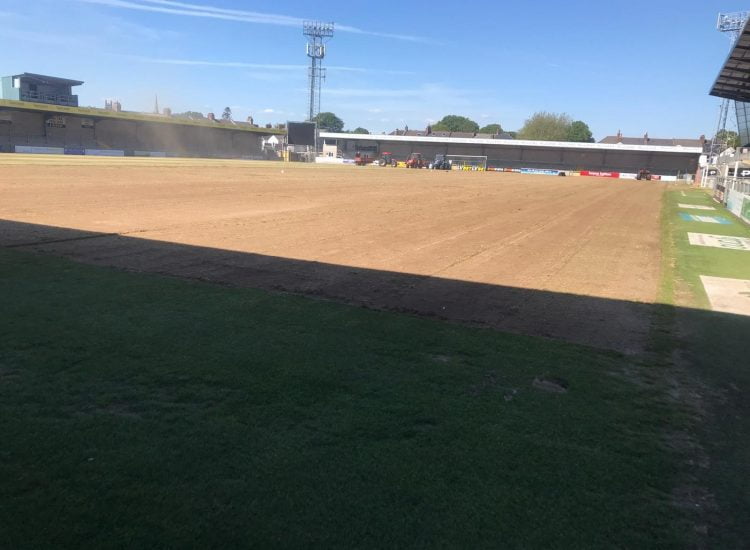 In Pursuit Of Plainmoor Perfection

Although there may not have seen any footballing action at Torquay United recently, there has been plenty of activity out on the pitch today.

Thanks to the hard work of Groundsmen Julian Gouldthorpe, Mark White and their invaluable team of volunteers, not to mention a sizeable investment last summer, last season saw the hallowed turf of Plainmoor look the best it has done in many years.

Despite the obvious improvement to the playing surface over the past twelve months, the club’s ongoing pursuit to attain EFL status will see more significant work taking place during the course of this week, as the club continues to use the extended break in play to its advantage, by responding in a positive and proactive manner.

The team from Devon Garden Machinery arrived at the ground early this morning to begin korowing the pitch, a process that involves taking 15mm off the top layer of the surface, ahead of relaying the top dressing and reseeding over the next few days.

Although the priority remains for us all to take care and keep safe at this time, we hope that the videos below will help raise the spirits of our devoted Yellow Army, as we look towards a resumption of fixtures as soon as circumstances allow.

We’ll be bringing you more regarding these exciting developments, including an interview with Julian, later this week.