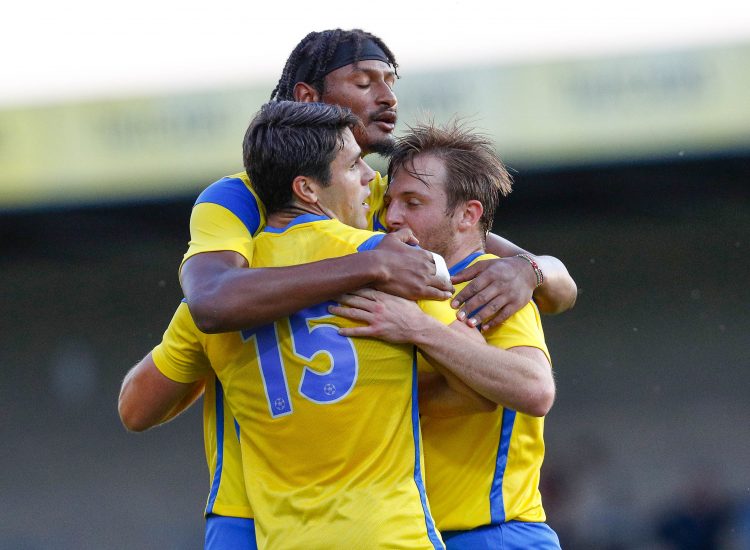 Tickets for our opening four home fixtures against Altrincham, Woking, Grimsby and Southend are now available.

With Gary Johnson’s exciting new-look squad showing up well during our pre-season fixtures, the attention now turns for the serious action, as The Gulls look to go one step further following last season’s near miss, and reclaim their place back in the EFL.

With the handling of cash payments now greatly reduced due to risks associated with the recent global pandemic, Torquay United AFC will continue to operate cashless turnstiles during the season ahead.

Subject to availability, tickets will be available to purchase on the matchday up until 1 hour prior to kick-off, either online, or via the ticket office window at the stadium on matchdays, which will be open for ticket purchases between 12pm – 2pm on Saturdays, or between 5pm – 6.45pm on weekdays.

The safety of our players, staff, supporters and our local community remains our number one priority however, and therefore we strongly urge everybody wishing to attend these games to familiarise themselves with our Return of Supporters Code of Conduct policy, which is available here.

Supporters attending are reminded to check they have received their tickets successfully via email, with a QR code visible. This E-Ticket can then be printed or shown via your mobile at the turnstiles to gain entry. If you have not received your E-ticket then please contact the club as soon as possible.

Any supporters unable to purchase online can also book their spaces over the phone on 01803 328666 between Monday – Friday (10am-4pm).