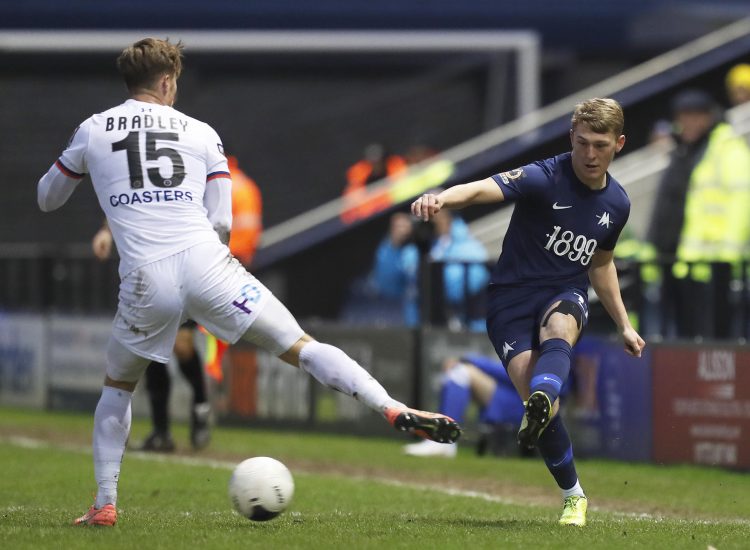 Nine minutes into a pre-season friendly in July 2018, Jake Andrews stepped up to fire home a superb free-kick from the edge of the box, giving his Bristol City U23 side the lead at Plainmoor.

Any disappointment felt by the Yellow Army in falling behind to Andrew’s left boot were to be completely erased over the coming weeks and months though, as the popular midfielder played a huge role in securing the National League South title on loan from his parent club, before making the move to Devon permanent the following summer.

Having excelled in all age groups at the Championship club, Bath-born Jake fulfilled his ambitions by joining The Robins’ professional ranks, before gaining his first taste of senior football in 2016/17 with Channel Island side Guernsey FC. His spell with the Isthmian League Division One South side only served to further enhance his growing reputation within the game, as he notched on his debut from the penalty spot against Herne Bay, on his way to notching an extraordinary eight goals in just eight games.

Two spells at Chippenham Town saw Andrews play a large part in helping the side from Wiltshire claim the 2016/17 Southern League title, before he returned to Hardenhuish Park during the early part of the following season.

The end of January 2018 saw Jake link up with current United manager Gary Johnson for the first time, as he secured a loan move to League Two side Cheltenham Town. After making his EFL debut as a substitute in the 5-1 home win over Port Vale on February 10th, the following month would see Andrews open his account in typical style, with a trademark free-kick putting his side on the way to a 3-0 win at Swindon Town.

Despite his obvious potential, a lack of first team opportunities at Ashton Gate saw Jake once again looking elsewhere for regular football, with his showing in the Bristol City U23’s 3-1 win against United almost serving as an introduction to Plainmoor for himself and City’s other goalscorer that evening, Opi Edwards.

With both players joining The Gulls in August 2018 in a bid to aid a stuttering United side, Andrews’ impact was again immediate, as he set up both goals from Jamie Reid and Asa Hall in a 2-0 home win over Hemel Hempstead.

Unfortunately that result proved to be merely a temporary reprieve for Gary Owers’ men, with a 1-0 home defeat at the hands of Jake’s former Chippenham teammates the following weekend signalling a change in charge.

The new man at the helm would prompt a dramatic change of fortunes for both the club and its individual players, who had previously been struggling to adjust to their new sixth-tier surroundings.

After linking up with his former boss Johnson once more, Andrews took on a pivotal role in United’s new attacking side, as the team surged from 14th to 1st in double-quick time, thanks in no small part to Jake providing an abundance of assists and goals of his own in almost equal measure.

An eye-catching display, and first goal for the club, in Torquay’s 7-0 televised demolition of Lymington gave Andrews the opportunity to showcase his talent to a national audience, whilst a number of outstanding performances during United’s record-breaking season included a superb hat-trick in another goal-fest, the 7-2 win over divisional rivals Oxford City in January.

It was only fitting then, that it was Jake who applied the finishing touch to a remarkable season, with the crucial second goal in the 2-0 win over Eastbourne Borough at Plainmoor on April 13th 2019, a result that confirmed The Gulls’ status as champions.

Adopted as one of their own, the Yellow Army dearly hoped that the trophy presentation that followed soon after wouldn’t be the last they would see of him in a United shirt. It was therefore with much acclaim and excitement during the close-season that it was announced that Andrews would be returning to the club, this time on a permanent basis.

Jake picked up almost exactly where he left off by notched six goals by the end of November, before a niggling injury restricted his appearances, and added to the club’s misfortune during the winter months. It was to his credit though, that he continued to have a sizeable impact on the team’s season, as they secured a comfortable return to the National League.

Having now recovered and established himself at home on the English Riviera, United’s devoted supporters will be looking forward to 2020/21 delivering even more success and celebrations for their side – with much of it, of course, coming via Andrew’s left boot.

Thank you to all our sponsors, including Jake’s Player Sponsor: 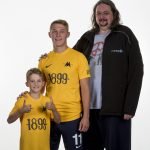