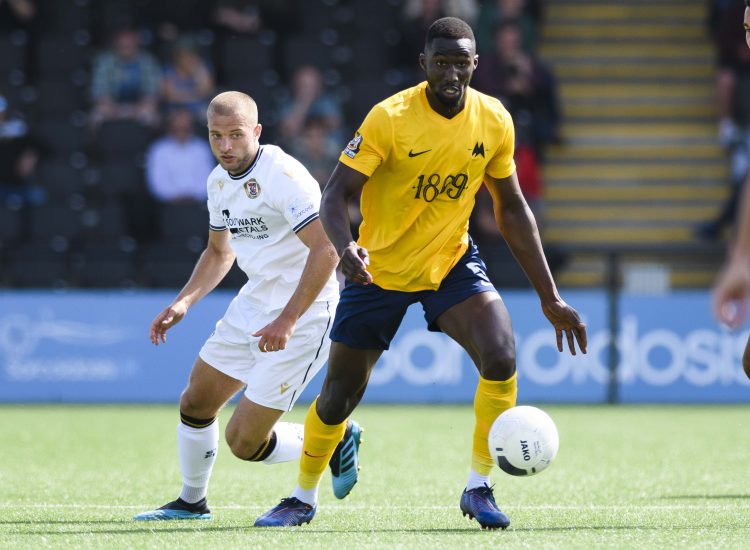 The French defender has departed the club in search of regular first-team football.

Koue Niate joined Torquay United in July 2018 after serving a number of clubs in France and Belgium, before heading to the UK to represent Solihull Moors, Oxford City, Ebbsfleet United and Guiseley FC.

After making his debut in the opening day 0-0 draw against Chelmsford, Jean proved to be a vital member of the squad which stormed to the National League South title last season, producing a number of impressive performances in defence, as well as notching a number of important goals.

We would like to wish Jean all the very best in his future career, and thank him for his efforts whilst with the club.

Gary Johnson will be providing us with his reaction to Jean’s departure at Thursday’s Press Call.