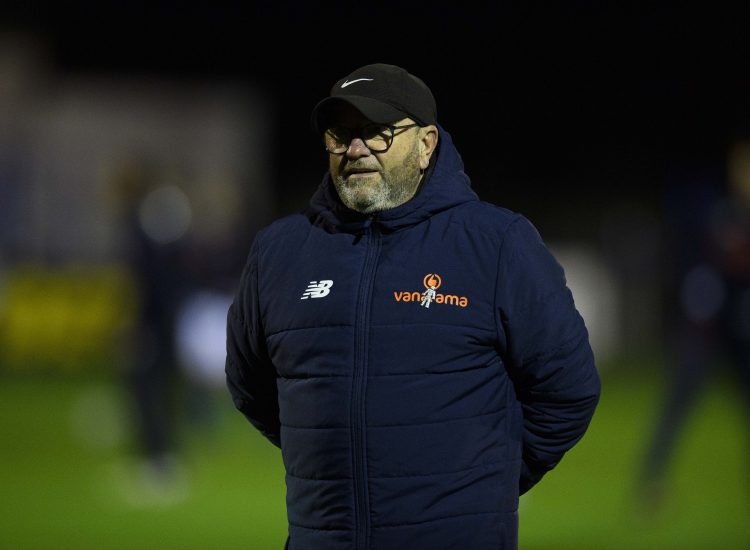 Manager Gary Johnson was fulsome in praise of his side’s character, with another late winner securing three more vital points for United, in the 2-1 win over Wealdstone.

“I’m really  pleased with the result, of course I am,” said Johnson.

“We had a terrific first 20 minutes without an end product,  we didn’t play well, but this group keeps battling away and they let us make big decisions.”

One such decisive move at the interval saw The Gulls’ boss replace Danny Wright and Adam Randell with a new-look strike force in Josh Umerah and Billy Waters, with the latter grabbing a second-half brace to turn the match on its head.

“Wrighty had been ill for a few days – only a heavy cold – but he hadn’t trained. Adam got booked and we were just a bit worried in case he got sent off, so we took him off because we didn’t want him getting another yellow card.

“That enabled me to put Connor in midfield and put Billy up front. Billy came good because that is what he does – it’s exactly what he does. If we can get it in the danger areas, he’ll always be arriving, so I thought him and Josh did really well.

The gaffer paid tribute to the stamina shown by his players, before turning his thoughts to the club’s supporters once more.

“Obviously we saw the game out and it was another late one, but that’s a good sign for us that we can create opportunities late on.

“The games are 95 minutes long and you have to have a team that can battle to the very end, when other teams might just be tiring. We have to believe that we don’t have to tire. I think also the way we play – although we didn’t play well today – we were relentless, in as much as we had a lot of attacks, a lot of corners, so they had to concentrate very hard.

“They had to work very hard to stay with us. Towards the end of games, people get a bit more tired, and it’s no shock to me that we can score goals right at the end.

“We look forward to seeing the Yellow Army face to face, and there’s no better time for Torquay United than now.”