Johnson Looks Back On Chippenham 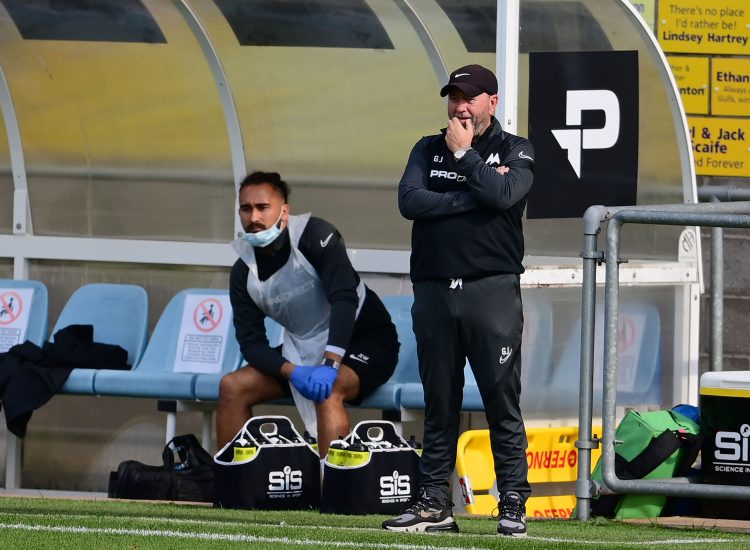 Johnson Looks Back On Chippenham

Manager Gary Johnson gave his thoughts on his side’s display, following the 2-0 defeat against Chippenham Town at Plainmoor.

“It was a poor game from our point of view,” began Johnson.

“I think our watching public will have seen that as well. All of a sudden, people with quality couldn’t show any quality on the day. Their enthusiasm and attitude won the day. They were hardworking, and we didn’t cope with it at any point in the game. When you needed a little bit more quality in our game to open up opportunities, we just didn’t have it on the day.

“These things happen in pre-season sometimes. It was a little bit worrying that it was well below the standard required of course, but we’ll give the opposition credit. They were looking forward to the game, and they did show an energy that we didn’t. They got their two goals, and I don’t think we had too many opportunities, which is also disappointing.”

United’s manager was quick to highlight though, that there is often more learned in defeat than victory – especially in pre-season.

“Sometimes it’s a good thing in pre-season. I know from other pre-seasons I’ve had – and I’ve probably had 40-odd of them – that sometimes these games show you more than the games you win. The games you win, you know the boys have got the quality, the games you lose, often you feel it’s attitude and commitment on that particular day. Some of them I think, maybe in their minds, thought it would be a bit of a rest after three games in a week, which we are going to have in two weeks time, and are going to have it for a couple of months.

“I’ve learned a little bit more about a few of them, and all the time you’re picking your team for the first game of the season in your head. I’ve had to cross a few out after today, obviously everybody gets a second chance next week, but next week I’ve got to get somewhere near – very near – to the team that’s going to face Stockport.

“What I can guarantee is we’ll have a lot of hard words, which I just had, because I was really disappointed. You have got to entertain, and we didn’t entertain today. You have got to bring out the quality that we have got, that didn’t come out, and it’s the attitude and commitment that didn’t come out today, which was poor. That will allow me to give them a very, very, strong week and that’s what I’ll do.”

The introduction of Asa Hall and Jake Andrews did provide some light relief to an otherwise disappointing day for Johnson, who is also eager to see a number of other absentees bolster his squad ahead of the National League opener on October 3rd.

“Jake and Asa, we both know have those bits of quality, but I was also under orders just to give them 20 minutes today because they had only trained once – yesterday. They will be better for a full week before the game next week, and we’ll see. We need to get a couple of others back, I think we will, because we need a bigger squad, and we have the squad here.

“On the day we didn’t perform, and we mustn’t have too many days like that, but I know how to shake them up.”