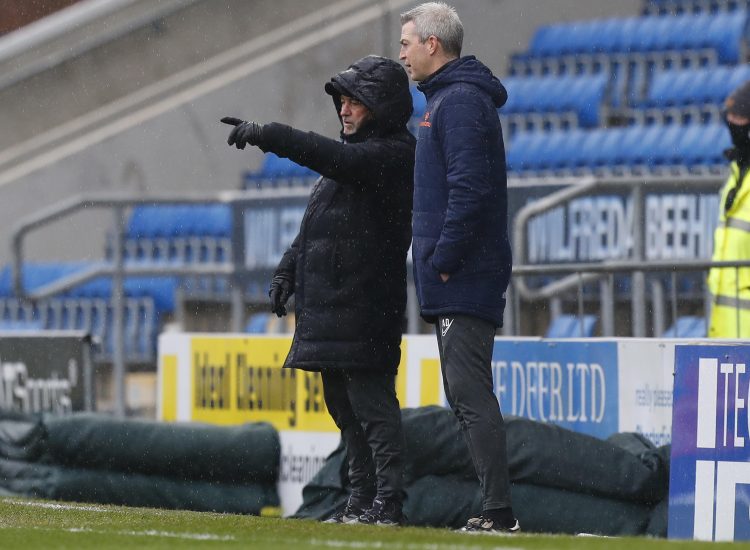 Manager Gary Johnson saluted his side, as United secured their first-ever league win at Chesterfield.

“The boys were courageous, they were like warriors today,” began Johnson.

“It was an unbelievable wind and rain, it was really, really tough conditions, and you have to keep mentally ready and right. Two bits of brilliance for the two goals, and the boys knew how to defend when they had to defend.”

As well as two excellent strikes from Connor Lemonheigh-Evans and Billy Waters, a superb defensive performance from The Gulls helped clinch a hugely impressive three points for Torquay, as their bid to secure promotion back to the Football League continues to gain momentum.

“Obviously they [Chesterfield] needed to win, so they threw players forward, they threw numbers forward, and we defended it very, very well as a team. There wasn’t that many proper real opportunities, and we had a couple of opportunities at the end when they left us one v one at the back.

“Credit to the boys. Honestly, the desire and intent in that game, to win the game, to not let a goal in, and to get up the other end to score a goal was fantastic.”