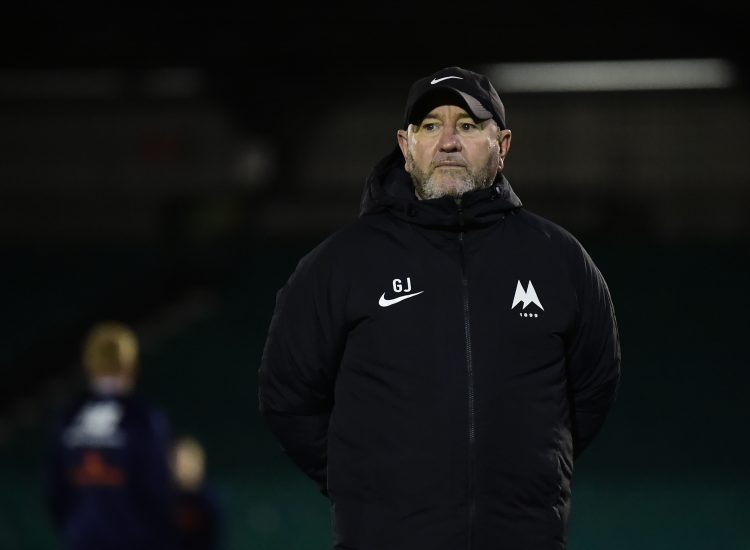 “They went for it a little bit, scored two very good goals really, but we had a couple of little things. We had to take Asa off – we’re managing him at the moment – he should only have played until half-time, and I kept him on a little while longer. Connor had to come off with a rib injury, which we’ll have to wait and see what that is, but anyway, we should have done a lot better in the second half.

After an excellent showing in the opening period, two goals for the hosts in the second half turned the game on its head, with the Spitfires running out 2-1 winners. United’s boss was pleased with that initial showing, and challenged his players to replicate that over 90 minutes.

“We know if we can produce the first half in two halves, we’ll be okay. No team is going to lay down and die, they’re going to come at you, and we have got to be good enough, and fit enough, to counteract that. It’s two games and it just means at some stage, you’ve got to win a couple on the trot.

“In this league you’re going to get opposition that are going to play all different types of games. We came up against Stockport on Saturday, and they went quite long, then today they mixed it up a bit. They more or less played three up front, got it up to their forwards, but they played a little bit as well.

“Every game is going to be different because there’s opposition you have to contend with, but our game has got to be our best game as often as possible, and we only saw it for a half today.”