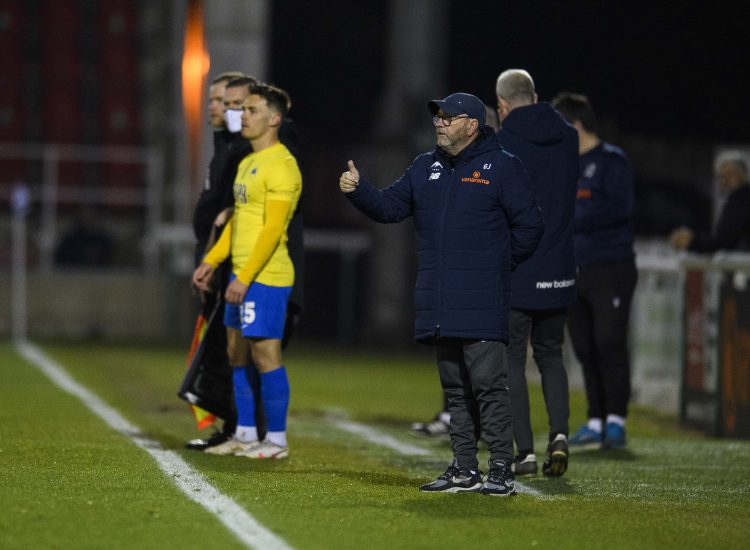 United boss Gary Johnson was pleased with another welcome three points for his side, as goals from Scott Boden and Connor Lemonheigh-Evans sealed a 2-0 away win at Woking on Tuesday night.

“I’m obviously delighted with the result because it was a little bit of a banana skin waiting to happen, because of the respective positions in the league” said Johnson.

“I thought the boys were magnificent in the first half, we created lots of chances, we were relentless in their box. Their keeper made a few unbelievable saves, and it could have been three or four in the first half. To be fair to Woking, they brought on a couple of young lads in the second half and they added some legs, had a lot of energy, and they were pretty fresh. We had to work hard to stick with them. They didn’t have many chances – just had the one that Lucas dealt with, and it’s another clean sheet.

“It’s our local rivals, if you like, and it’s put us in a nice position, because you can look at these type of games and think ‘that’s three points’ – Well, you’ve got to go and earn them, and I thought our lads – especially in the first half – earned those three points, so credit to them.

“I was disappointed with our attacking play in the second half, as we’d have liked to have kept going and got a couple more, but we’ve got to be thankful and happy with the three points, because that’s the most important thing, and the boys held out as far as their defensive duties, against a a big team that put a lot of emphasis on set plays.

“All in all, a fantastic result for us, and we now move on and think about the next game on Saturday.”