Johnson Reacts To Draw At Altrincham 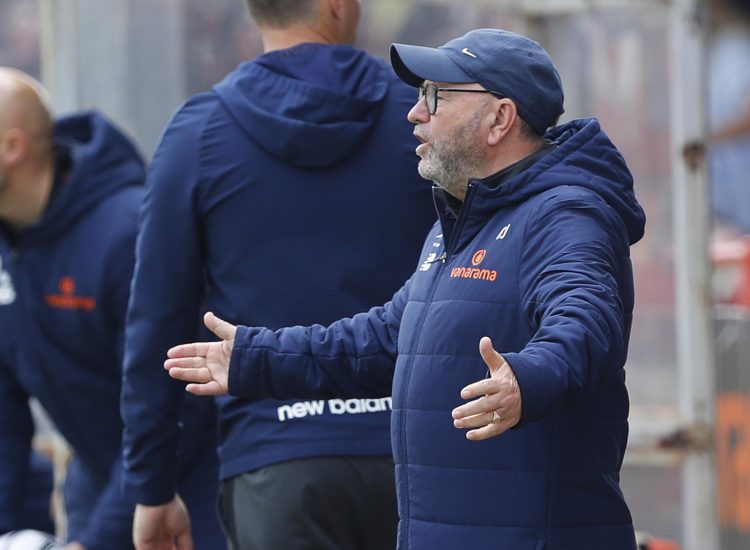 Johnson Reacts To Draw At Altrincham

Gary Johnson gave his reaction to the scoreless draw at Altrincham, as his side extended their unbeaten run to thirteen matches.

“The positive was it was a clean sheet, and another positive was that we didn’t lose the game,” began Johnson.

“We kept our non-losing run going. I would have liked for us to have put away more opportunities that we created. I thought we did alright as a shape, we kept winning the ball back, as we knew they like to pass it around, and we let them do that for a little bit. Then we shut them down and counter attacked, and we actually had a lot of occasions where we counter attacked them, but with no end product, so that was a bit disappointing.

“What we’ve said now is that ok, we’ve got close, we’re proud of you, and the Club should be proud of the boys that we’ve finished second in a top league where there’s no easy games. We’ve just now got to concentrate, and get our minds set, for the semi-final. We’ve got two weeks to build up to it, get their mental state happy, and confident, and that’s what I am going to do in the next couple of weeks.

“We’re certainly going to work hard as well, and then when it comes down to it, you’ve got to pick a team. Some people are going to be disappointed of course, because everyone wants to play in the big game semi-finals etc. We’ll see how they go, I’ll have to be Billy Butlin for a little bit, just to create a happiness and a confidence around the camp, and then we’ll really get stuck into it and start working on our tactical side of things.

Johnson sprung something of a surprise by employing Kyle Cameron in attack, however the Gaffer was quick to point out that it wasn’t the first time United’s vice-captain has played in such a role.

“It’s not new to him. Often we put him up front in training,” said United’s boss.

“He feels comfortable there, because he played with Newcastle right up until he was 16 as a striker, and I needed a presence. We felt the last couple of games we didn’t really have a presence so that we can get opportunities like we got up there. Even if he didn’t win the header, we picked up the seconds, because obviously he was bumping into them. Sometimes he won the header, and he had a couple of opportunities.

“Players have got to think about him, and then also you’ve got Armani, Connor, Randell, Asa, all coming behind him to get shots. One of the disappointing things that we’re going to have to look at is our shooting wasn’t as clinical as it should have been, including two free kicks, but it was a situation we got ourselves in because we had our presence up front.

“Whether that happens again or not, we shall see, but I’ll assess everything and try to pick a team that will beat either Notts County or Chesterfield.”