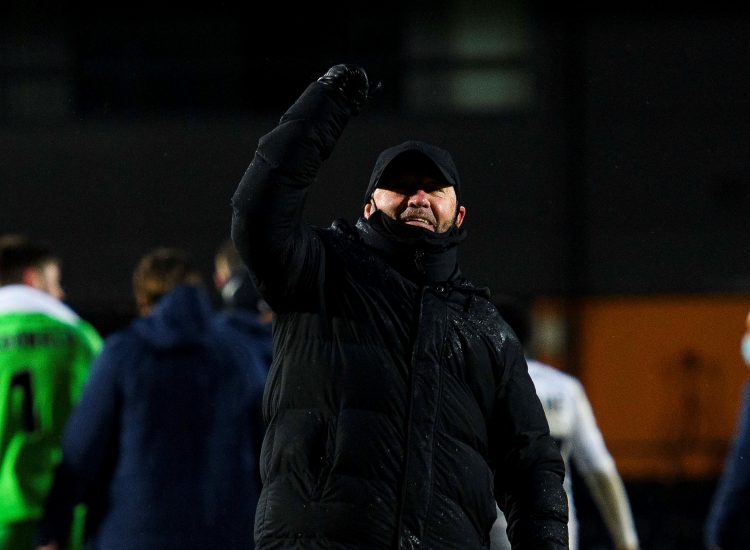 Manager Gary Johnson was delighted to see his side secure all three points on Saturday, as goals from Ben Whitfield and Jake Andrews set up a 2-0 win at Barnet.

Those two strikes, along with a fourth clean sheet on the trot, was enough to see The Gulls emerge victorious at The Hive, and extend their lead at the top of the National league to ten points.

“We were in control really,” began Johnson.

“It doesn’t look like it when we are screaming and shouting in the technical area, but when you settle down and you know you’ve won the game 2-0, actually we controlled most of the game, and looked dangerous on the break.

“We had two one-v-ones with the goalie, which is what we wanted to try and create today. Unfortunately we didn’t finish them off – one Whitfield had, and the other one Rob Street had. It would have been nice to have tucked one of them in early, but the second goal came at a lovely time, when it just killed their enthusiasm. They knew that, at that point, we could pass the ball around.

“We kept the ball really well, so it was a lovely goal by Whits at the start, and a great goal by Jake at the end. Two very, very good goals, and I think we deserved to win it.

With the home side providing stubborn resistance, Johnson’s men had to remain patient after another lightning-quick start, before eventually clinching another crucial three points late on, as their bid to maintain top spot continues.

“There wasn’t a lot of opportunities for them, a couple of not even half-chances really. Shaun didn’t have to make too many saves to make, if any.

“They stayed in it, they definitely stayed in it – they didn’t capitulate or give up. At the end of the day, because we had a little spell in the middle of the first half where we couldn’t quite get our game going, and they came into it a little bit, that gave them energy and oxygen.

“We had to build again and wrestle the game back, which we did, and I thought second half, we dictated the game.”