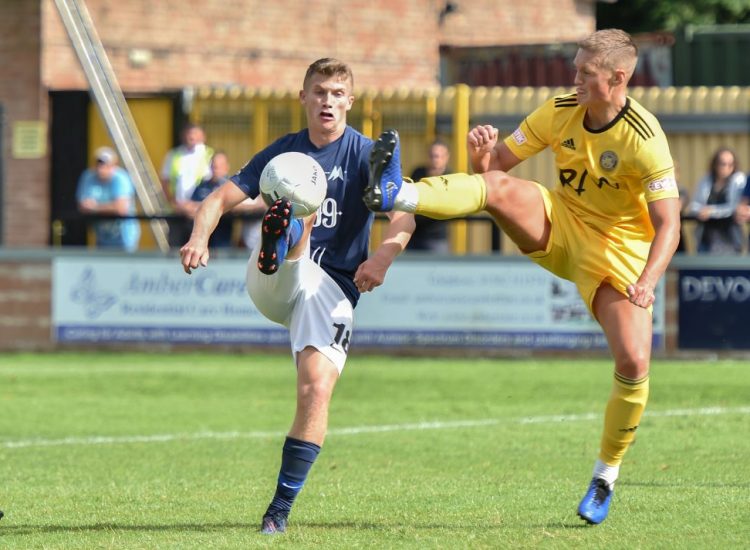 The promising youngster enjoyed a whirlwind rise to prominence with The Gulls during 2018/19. After making his debut in November, Olaf followed this up by signing professional in March, before scoring his first goal for the club a month later.

Manager Gary Johnson feels the move will be beneficial for all parties.

“We haven’t got any games for the youth team for a month,” said Johnson.

“We don’t want Olaf to stop learning, to stop playing, and it was the perfect opportunity for him to play at Tiverton for a month. We said it’ll be a month and then we’ll see how it goes after that, because then we’ll start playing second team games for people not getting games against hopefully Plymouth, Exeter, Bristol City.

“He goes out because we love him, not because we want to get rid of him. We’re trying to help him, and he’s going to be a very good little player. Of course, we’ve gone up a level, and he’s still a young lad, and he still needs to learn a little bit more about the game before we include him in the first team.”

Koszela, 17, wasted little time in displaying his goalscoring prowess for Tivvy, with a goal on his debut in the 2-2 draw at home to Hayes & Yeading United on Saturday.