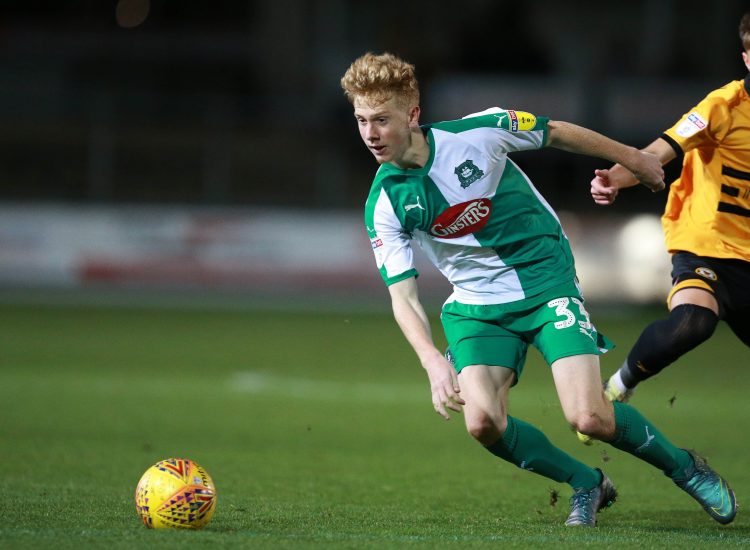 Torquay United is pleased to announce that left-back Ryan Law has joined the club on loan from Plymouth Argyle.

Having progressed through Argyle’s academy, Ryan has gone on to make five appearances in all competitions for The Pilgrims, as well as gaining further first-team experience at Gloucester, Truro and Chippenham.

The arrival of Law, 21, is a notable boost for The Gulls, with manager Gary Johnson understandably delighted to have him on board.

“We felt we needed another left sided player,” said Johnson.

“I enquired with Ryan Lowe, and he said he’d be happy for him to come for a month initially on loan. He’s been there man and boy, and he’s an athletic left-sided player who can play left back or left wing-back.

“We’re pleased to have him on board, and wish him well.”