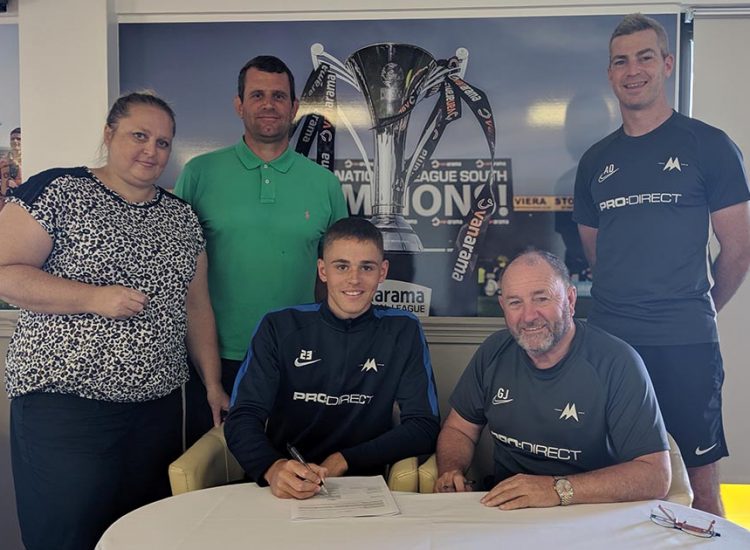 An impressive performer for United’s Under-18 team last season, Slough, 18, becomes the first product of the club’s link up with South Devon College to turn professional.

Having trained with the first team all summer, Louie rose to prominence with a number of commanding displays during the pre-season campaign.

Manager Gary Johnson spoke of his pleasure in welcoming Louie into the professional ranks.

“We’re very pleased with his progress, he’s been with us full-time since pre-season and he’s impressed us very much. he’s not only a good footballer, but he’s got a very good persona for a footballer.

“It’s credit to a lot of people. First credit to his parents, who obviously took him around everywhere when he was younger, like us parents do. The next group of people to give credit to are the staff at South Devon College, where Daniel Gaze, Chris Todd and Craig Hutcheson have spent a lot of time working with him.

“It does show you with the South Devon College programme that there is a route through if you’re good enough.

“It’s great to be able to sign Louie, I suppose he’d call this his second chance. He’s been at a pro club previously but he’s grown up, and progressed to our first team squad very quickly. 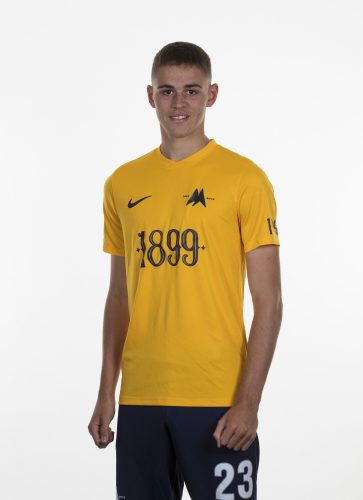 “I’m just grateful for what South Devon College have done, if it wasn’t for them then I don’t know what I’d be doing now,” said Slough

“I am also grateful to the manager for giving me the opportunity. My granddad is also very proud.”

Louie will be following in the footsteps of his grandfather Alan, who enjoyed a fine league career representing the likes of Luton, Fulham and Peterborough, before joining Torquay as coach with Bruce Rioch in the early 1980s.

“There’s definitely a footballing family dynasty with Louie’s dad Chris and his grandfather Alan. I supported Alan as Fulham supporter. I went to the Cup Final in 1975, I was only a young lad at the time, but’s it’s a footballing family. It’s in the blood!” said Johnson