Louis Relishing His Chance At Plainmoor 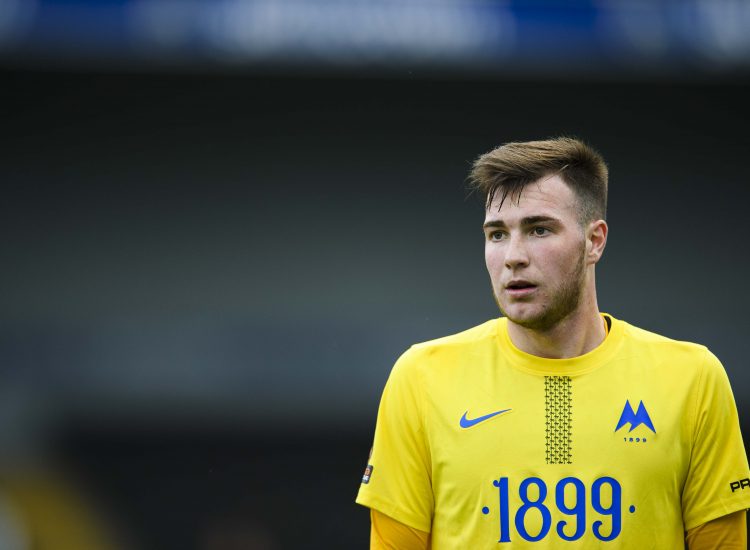 Louis Relishing His Chance At Plainmoor

After introducing himself to the Yellow Army in some style during the opening weeks of the season, Bristol City loan striker Louis Britton is certainly making the most of his first-team opportunities at Plainmoor.

With United residents Jake Andrews and Connor Lemonheigh-Evans – not to mention previous loan stars Saikou Janneh, Opi Edwards and Robbie Cundy – already having benefitted from temporary spells at Plainmoor, Britton is hoping to follow in those same footsteps under Gulls boss, Gary Johnson.

“He’s a very experienced manager, and he’s taught me a lot in the short time I’ve been here,” began Louis.

“The players have also made me feel welcome, and I feel like I have settled in amongst them well. I’m really enjoying it. I would have liked to have scored a few more goals, but we’re winning, and that’s the main thing.

“It’s a good standard, and I feel like I’ve coped with it well. The aim is to prove myself here, push up through the leagues, and hopefully get my chance.”

Having been introduced into National League action from the bench on the opening day of the season, few could have predicted the impact he would make during his brief ten-minute spell against Stockport. As it was, Britton’ substitute appearance helped to put United’s opponents firmly on the back foot during the latter stages, paving the way for the side’s late, late winner.

Although he didn’t crown that impressive showing with a debut goal, the young striker didn’t have to wait much longer, pouncing in the opening moments of the very next home game to break the deadlock against Chesterfield.

“I probably should have scored a header [v Stockport], but we won the game, and that was the main thing. It was a good moment to score my first goal, as the first one is always the hardest to get. Hopefully I can push on and get a few more.