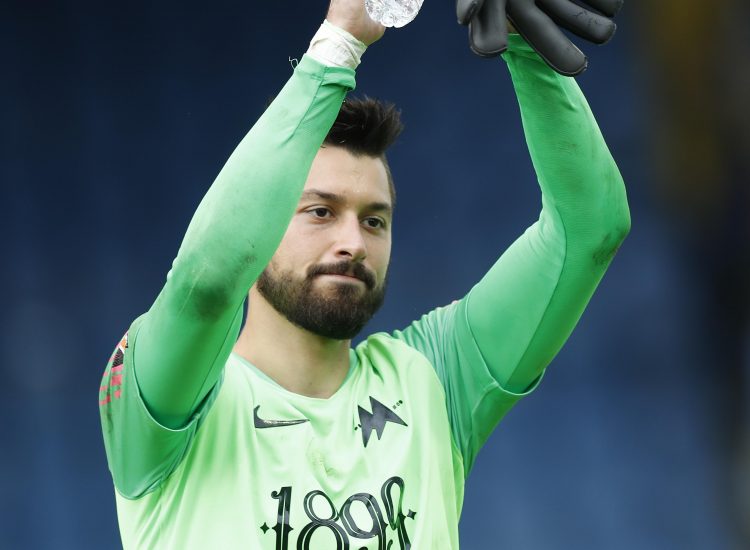 Having enjoyed his first season of National League football, Lucas Covolan Cavagnari will, like the rest of The Gulls squad, be eager to push his team on to even greater heights next season.

Having joined Torquay from Isthmian League side Worthing last summer, Lucas remains ambitious to ply his trade at the highest possible level, and is delighted to have been given the opportunity to do that with Gary Johnson’s side.

Born in Curitiba, the capital and largest city in the Brazilian state of Paraná, Covolan’s early potential between the sticks soon caught the attention of Vasco da Gama, providing him with the first steps in his professional career.

His rise with the South American giants saw him not only represent the club’s own Under-20 side, but also receive international recognition at the same age group, as he excelled amongst the likes of fellow compatriots Oscar and Coutinho.

Stints at other clubs in both his native country and abroad saw him turn out for the likes of Athletico Paranaense (Brazil) and Union Deportivo Alaro (Spain) before Lucas made the decision to make a name for himself in the English game, with Sussex-based Whitehawk his first destination.

Whilst showing remarkable patience in pursuit of his dream of professional football, his impressive form with The Hawks and Worthing alerted the management team at Plainmoor, with United boss Johnson inviting Covolan down to Devon for what ultimately proved to be a successful trial on the English Riviera.

His arrival at Torquay was a huge boost for the club ahead of their return to the top flight of non-league football, with resident ‘keeper Shaun MacDonald having already been acknowledged for his terrific form throughout United’s National League South title success the previous season.

With the two glovesmen providing excellent competition for one another from the outset, an unfortunate injury in pre-season gave Shaun an early advantage, before Lucas’ debut inclusion in the 2-1 win at Dover helped inspire The Gulls to their first away win of the season.

Having traded places with MacDonald during 2019/20, Covolan knows he will face similar fight for the No.1 jersey during the campaign ahead, however having demonstrated admirable determination throughout his career already, it’s clear the Brazilian stopper is up for the battle.

Thank you to all our sponsors, including Lucas’ Player Sponsor: