Making Headlines On The International Stage 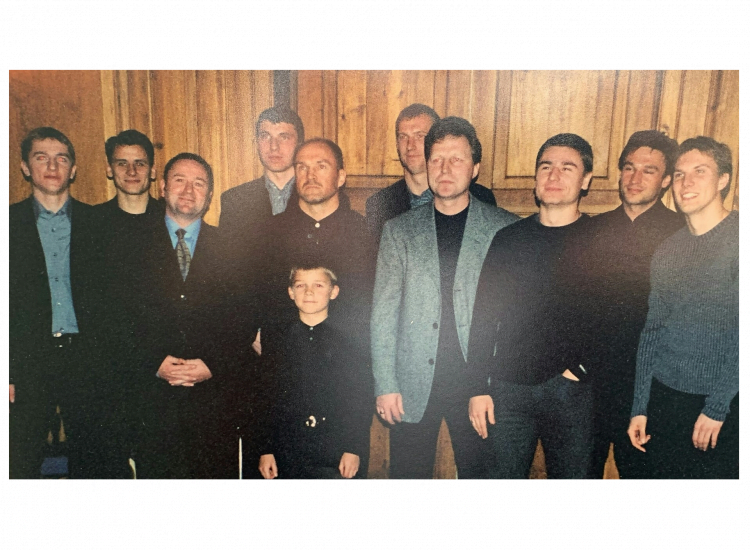 Making Headlines On The International Stage

With UEFA Euro 2020 one of the many international sporting events postponed due to recent circumstances, football fans throughout the country will have to wait another 12 months to see England fight it out amongst Europe’s elite sides, in a bid to claim their first major honour in over 50 years.

One man who knows the demands of international football only too well is Torquay United manager Gary Johnson, having managed Latvia for nearly two years at the turn of the millennium.

It was back in the Autumn of 1999 that Gary – then director of Premier League Watford’s youth academy – was offered the chance to become Latvia’s national team coach, and although manager Graham Taylor was initially reluctant to let him go, the former England boss would later admit that “when an international job comes along, it is very hard to say no.”

With a proven record of developing young players, a mutual friend’s introduction to the President of the Latvian FA was enough to convince the Baltic state’s footballing authorities that Johnson was the man to improve the team’s standing in international football, and so it proved during a whirlwind 20 months at the helm.

With both the football association, and their new manager, equally convinced that the side were on the cusp of something special, Gary immediately set about improving performances, whilst also bringing the next generation of footballers through to the international scene. Both of those targets were challenging, with football in the tiny nation often having to play second-fiddle to more prominent sports such as Ice Hockey and Basketball.

However, over the course of the next few months, competitive showings against the likes of Norway, Scotland, Belgium and Croatia, combined with the introduction of several of the country’s biggest talents into the English game, not only paved the way for football to take centre stage in the nation’s hearts, but also put the foundations in place for Euro 2004 qualification just two years later.

Johnson’s first game in charge was certainly eventful, with the European Qualifier away in Albania resulting in a 3-3 draw thanks to a brace from Vitālijs Astafjevs, and another from fellow midfielder Andrejs Štolcers. There would be more of the same four days later, with Latvia’s battling spirit fully evident in Georgia, as goals from Imants Bleidelis and Igors Stepanovs seeing the side come from two goals down to secure an unlikely away point in a 2-2 draw. A narrow home defeat at a Norway side boasting goalscorers Ole Gunnar Solskjær (Manchester United) and Tore André Flo (Chelsea) was further evidence of the progression made by the side, with Marians Pahars giving the group winners a fright with his second-half leveller.

After finishing the group in 4th place – just four points short of a play-off place – hopes for an unlikely push towards qualifying for the 2002 World Cup were dealt a huge blow when Latvia were drawn in the same group as Croatia, Belgium and Scotland, with only San Marino comparable in terms of playing and financial resources.

Undeterred though, Latvia produced arguably their most complete performance in their opening encounter, as they came within a whisker of securing a shock result against Craig Brown’s Scotland. With the match taking place in Riga, the home of many of their most promising players, Gary’s side took the game to their more established opponents from the first whistle, as Premier League stars such as Colin Hendry, Don Hutchinson and Matt Elliot were put in the shade during the televised clash.

After being denied what looked a certain penalty as early as the second minute, following a clumsy Christian Dailly challenge on Pahars, Astafjevs and Štolcers both nearly broke the deadlock during a composed first period, before Bleidelis went even closer on two occasions just before the break. Clearly rattled, a change in personnel failed to lift the Scots, with the hosts again creating chances at will. Just when it looked as the match would end in a creditable draw though, a stroke of misfortune in the 89th minute saw Brown’s side steal all three points, as an unfortunate deflection left Rangers winger Neil McCann in space to fire home the loose ball, and break Latvian hearts.

Defeat against Belgium the next month followed, and although an away victory over San Marino – courtesy of an Aleksandrs Jeļisejevs strike – kept Johnson’s men in the fight, the sheer size of the task ultimately proved too great for the emerging nation to counter.

After falling behind to a first-half hat-trick from Aston Villa-bound striker Boško Balaban, a 4-1 away defeat in Croatia failed to tell the full story of another match in which the Latvians frequently gave as good as they got, with a Štolcers goal after the break scant consolation for another committed performance.

A 1-1 home draw with San Marino, thanks to Pahars’ early opener, would signal Gary’s final game in charge, before he decided to return to English shores to resume his career in club management with Yeovil Town, with unprecedented success soon following at the Somerset club.

Johnson’s impact on the training ground in one of Europe’s footballing outposts, only tells half the story of his highly successful spell in charge though, as he preceded over no less than seven of the country’s finest talents making their way into the professional ranks in England, with those players providing the backbone of the side that qualified for the European Championships in Portugal in 2004.