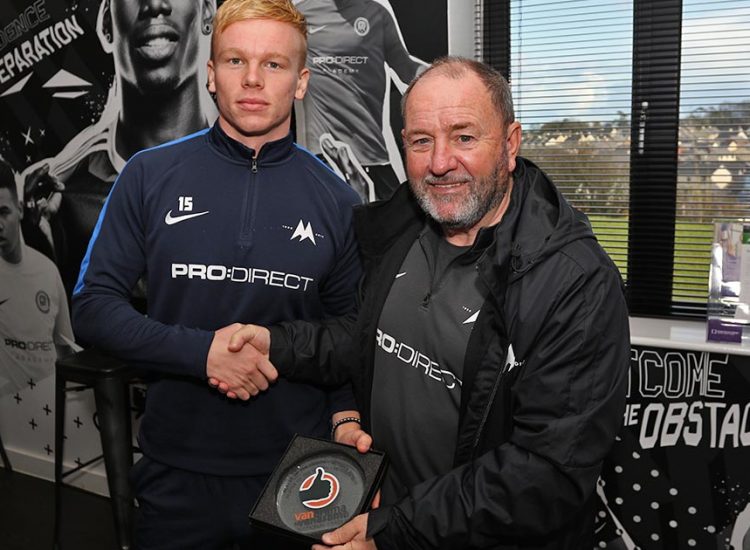 United midfielder Matt Buse has been named as The National League Player of the Month for October.

The former Taunton Town man signed for the club in the summer following a successful trial, and having made his Torquay debut the previous month, Matt started October in perfect fashion. After netting the last-gasp winner in the 2-1 win over AFC Fylde at Plainmoor, he then following it up with another goal in the 4-2 win at Ebbsfleet three days later.

Manager Gary Johnson was understandably delighted that Buse’s contribution has been recognised.

“I think it was very well deserved, that’s for sure,” said Johnson.

“Busey has come in and had to wait for his chance. He works socks off all week, he works his socks off  in games, and he’s been improving by the day. He has got himself a regular spot at the moment in the first team, and quite rightly so.”

“It’s great that he gets this accolade as Player of the Month because he absolutely deserves it. I’m very proud of what he has done, as he has helped us.

“If a couple of injuries hadn’t happened, he may have had to wait a little bit longer but I always say you’ve got to be ready to be lucky, and that was certainly the case in his situation.

“He’s come in and he’s got lucky. With his energy and his team spirit, everybody thinks he should be in the team, which is great.

“Everybody is seeing what he can do, so well done Matty, we’re all proud of you!”