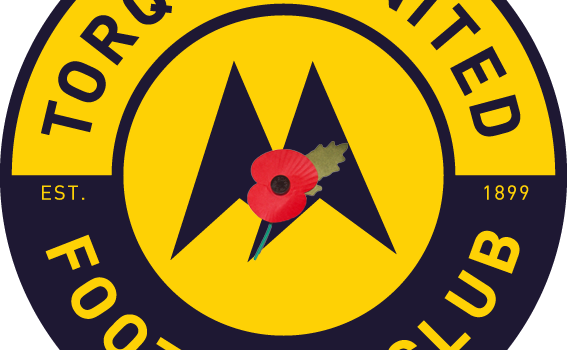 Saturday’s match against Maidstone United falls on Remembrance Day, a time when we will remember those that we have lost in armed conflicts around the world.

Our pre-match service will start at approximately 2:50pm.

The match ball will be presented to the referee by a member of the armed services. Also in attendance will be Torquay United Official Supporters’ Club chairman Bernard Noble, who served in the armed services. Bernard will be reading out a poem on the pitch before the match, then there will be a playing of the Last Post, a minute’s silence, then Reveille will play just before the players start the game.

The players will be wearing poppies on their match shirts to show their support for those that made the ultimate sacrifice for their country.

The Royal British Legion will be in attendance and making a collection.