Just 48 hours after securing a fine 3-1 win over Eastleigh at Plainmoor, Gary Johnson’s men will be taking the field once again to face Chesterfield at the Technique Stadium.

With nine wins and just one defeat in a superb eleven match spell, The Gulls have been in magnificent form recently, however their quest for National League promotion will face another significant test on Bank Holiday Monday, as they take on a Chesterfield side equally determined to end their own spell in non-League football. 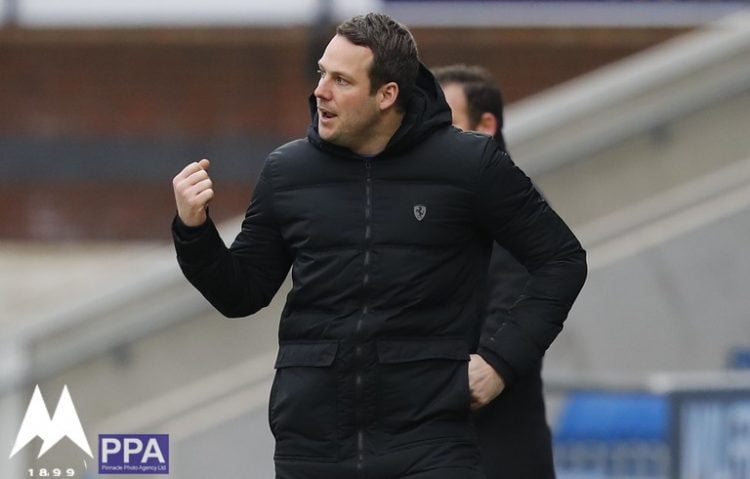 After a poor run of early season form signalled the departure of John Pemberton, those in power at Chesterfield turned to then-Gloucester City boss to fill the hot seat at The Spireites, having steered City to pole position in National League North.

As a player, Rowe established himself as a prolific goalscorer in non-League circles with the likes of Histon, Canvey Island and Leamington, before retiring at just 27 to concentrate on his coaching career. A three-year spell as assistant to Gary Waddock at Aldershot Town gave him his first taste of the dugout in senior football, and after his successful spell at Gloucester, he wasted little time making an impact at the Technique Stadium, as he was announced as the winner of the National League’s Manager of the Month award for March.

When Rowe arrived in late November, Chesterfield were looking at a very different battle for 2020/21, with the Club in 21st position. However a turnaround in results was almost instant, with the side’s tally of 56 points from 36 points seeing them occupy the final play-off berth with just six matches remaining, above 8th-placed Eastleigh on goal difference.

Not for the first time, the dreaded Manager of the Month ‘curse’ appears to have been at work again though, with just one win gained from the six fixtures since – including Saturday’s televised 3-1 defeat at Hartlepool. 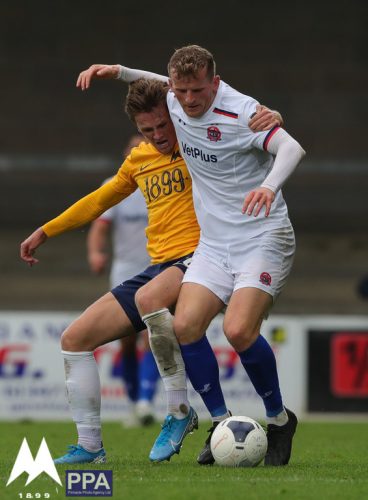 With leading scorer Akwasi Asante ruled out for the remainder of the season, manager Rowe looked to his namesake Danny to take on the goalscoring responsibility for his side, with the former AFC Fylde hitman holding an enviable record in this level.

After scoring over 150 goals during his time at Mill Farm, he finally got his big EFL break with Oldham just prior to his 31st birthday in January 2020. However after switching to Bradford City 12 months later, his stint at Valley Parade proved to be a brief one, as he left the club to join The Spireites after just 92 days. 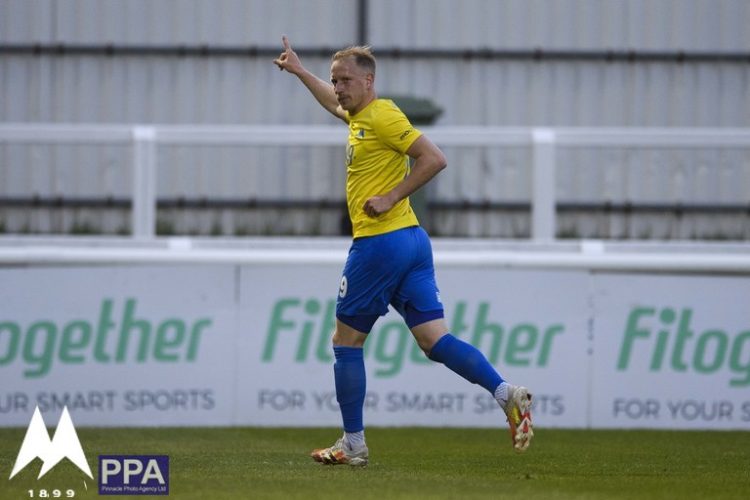 Scott Boden has represented both clubs during the course of 2020/21, beginning with 3 goals in 9 games in Chesterfield’s colours, before a loan move to Torquay in February saw him don the yellow shirts of The Gulls for the remainder of the campaign,

Boden, who has earned himself a reputation as a reliable goal source in both the National League and EFL since turning professional in 2008, has continued in the same form for United, having registered 4 goals since arriving at Plainmoor, including last Tuesday’s last-gasp winner in the 2-1 home triumph over Aldershot. 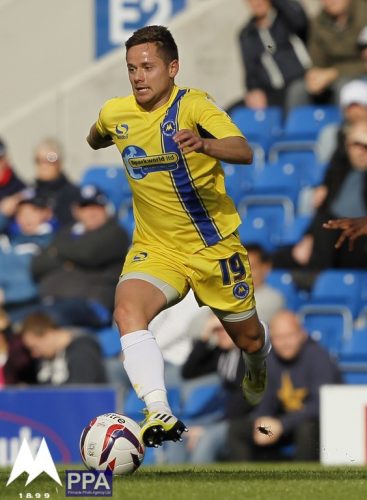 Gary Johnson’s men have put to bed a number of long-standing club hoodoos recently – including ending a nine-game winless run against Eastleigh on Saturday – however, if they are to buck the trend again on Monday, they will have to do something no other United side has done before, in winning a league fixture at the home of Chesterfield.

Torquay did gain some FA Cup success in Derbyshire ten years ago though, as goals from Danny Stevens, Rene Howe and Kevin Nicholson earned Martin Ling’s men a 3-1 win, after Jordan Bowery briefly levelled for the hosts.