With only four teams left to fight it out for the final pass back to the Football League, Torquay United and Notts County will battle it out at Plainmoor tomorrow, with a place in the Ashton Gate final at stake.

Having established themselves as one of the leading – and most entertaining – sides in the division following a marvellous 2020/21 campaign, Gary Johnson’s side will be now be looking to finish the job at the expense of a side with exactly the same aim. 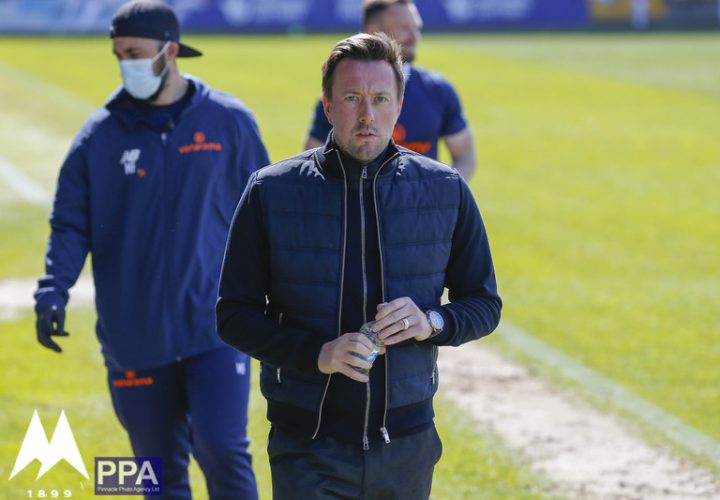 Despite an inauspicious start to life in charge at Meadow Lane, Ian Burchnall’s side recovered well enough to secure a play-off berth with time to spare. Seven defeats during his opening nine games – including an FA Trophy defeat to Hornchurch – may have not be the reaction County fans were after following the dismissal of previous boss Neal Ardley, however a late upturn in form, including a win over champions Sutton, saw any last day nerves put to bed.

Despite having never played at professional level, Burchnall has spent the last decade building up a reputation as one of the game’s brightest young coaches, with spells in charge of Scandinavian clubs Viking (Norway) and Östersund (Sweden) providing him with experience of top-flight football on foreign shores. 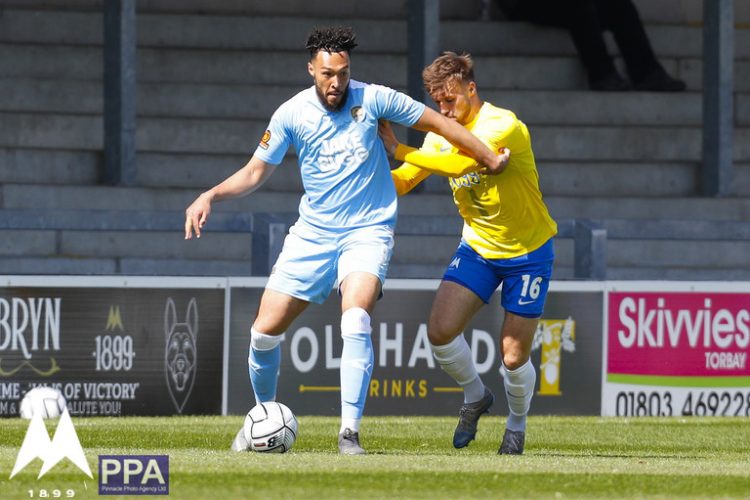 Former Scunthorpe man Kyle Wootton may have endured a barren run earlier this season, however the striker has returned to form at just the right time, with two goals in the 3-2 Play-Off Eliminator win over Chesterfield proving pivotal in setting up tomorrow’s showdown.

With 17 goals already this term, United’s defenders will once again need to be at the top of their game tomorrow to nullify the threat of a player who has averaged almost a goal every other game since his arrival at Meadow Lane in August 2019. 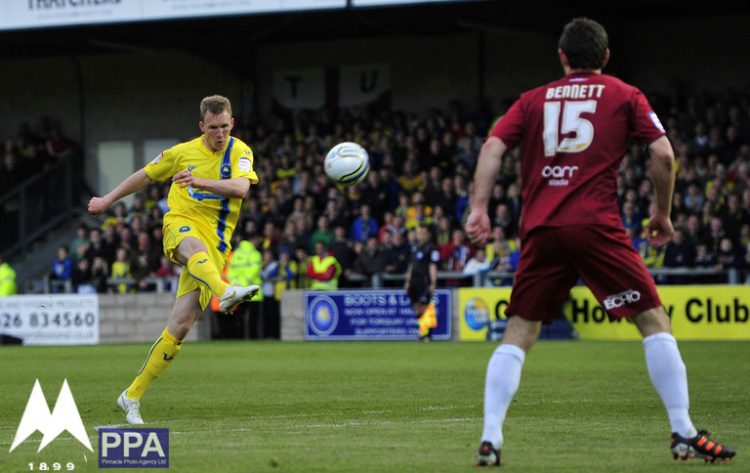 County defender Mark Ellis made his professional bow during his time at Plainmoor, after joining the club – initially on loan – from Bolton Wanderers back in September 2007. A permanent deal would soon follow, with Ellis proving a valuable member of the squad that reclaimed their League status under Paul Buckle, before eventually leaving the club to join Crewe Alexandra in the summer of 2012.

Further spells at Shrewsbury, Carlisle and Tranmere amongst others, saw Mark build a reputation for himself as a fine central defender at EFL level, and after joining The Magpies on loan at the beginning of March, Ellis has also displayed his worth at the other end of the field, and netted the late winner last Saturday to see off rivals Chesterfield. 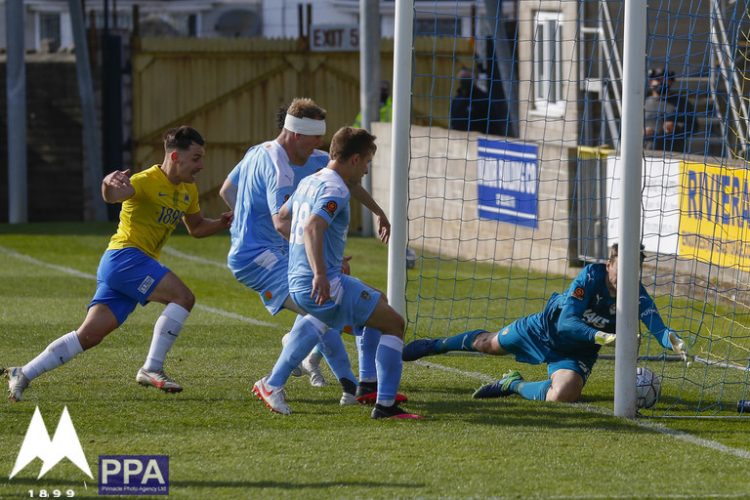 Although chances weren’t flowing freely at Meadow Lane back in January, both sides will have looked back on chances to have taken all three points, with Josh Umerah and the aforementioned Wootton both going closest for their respective sides.

Three months later, and there was no shortage of incident in the return clash at Plainmoor, as goals from Dion Kelly-Evans and former Gull, Ellis, seeing the visitors take charge of proceedings. A classy finish from Connor Lemonheigh-Evans dragged Johnson’s men right back into contention though, and despite Umerah given his marching orders in dubious circumstances, a last-gasp leveller from Ben Wynter eight minutes into time added on saw United rescue a gutsy point.

Following two matches that have been unable to separate the two sides, the stage is now set for a high-noon clash on the English Riviera, from  which only one side will emerge to face their date with destiny in Bristol.

Having been absent for the majority of the past nine months, the Yellow Army’s return couldn’t have been better timed…

With Saturday’s match at Plainmoor being selected for live coverage on BT Sport, the Club can confirm that we are therefore unable to offer our usual livestream service to supporters for this fixture. We will, however, continue to provide live coverage of the match via TUFC Radio here