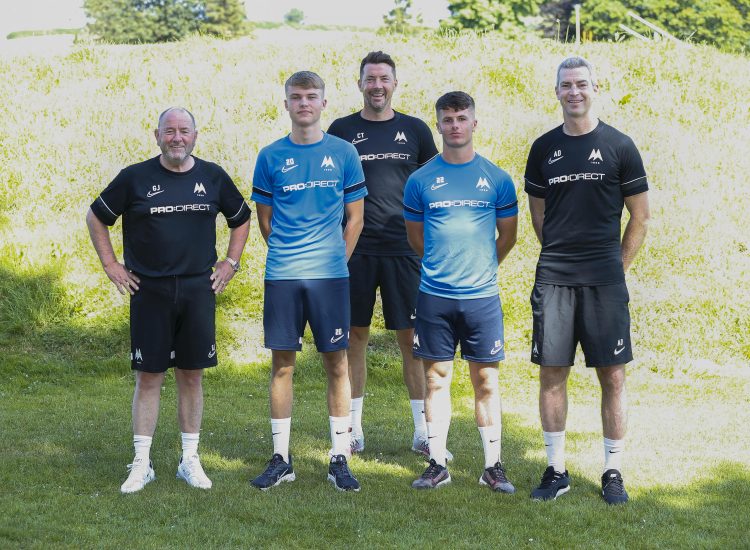 Torquay United AFC is delighted to announce that Scott Piper and Alex Moyse have signed their first professional deals with the Club, ahead of the 2021/22 season.

Following a hectic day of transfer activity at Plainmoor yesterday which saw seven new additions added to manager Gary Johnson’s first-team squad, the arrival of two more fresh faces to the senior ranks has only further added to the excitement, as the players look ahead to their first warm-up match away to Poole Town on Saturday.

“It’s nice to see some fresh new faces, young footballers who have come out of the youth department,” said Johnson.

“Both players have begun training with the pros, and I’m sure their parents will be very proud of them. Hopefully this will be the start of a footballing career.”

United’s Head of Youth, Chris Todd, provided some both background on Piper (above left) and Moyse (above right), and although both are midfielders by trade, they have taken different paths on their way to becoming fully-fledged Gulls.

“Scotty is an attacking midfield player who has been working with me for one or two of years at Pro:Direct and with the Under 18s, and has progressed through. He’s a very attack-minded footballer, has a lot of flair and determination, and I’m looking forward to seeing how he copes in the first team environment.

“Alex was at Exeter City, but he contacted myself and asked for an opportunity with Pro:Direct, knowing that the programme ran alongside Torquay. He’s a defensive midfielder who is very, very tenacious. He’s good on the ball and can play really good passes. I’m really looking forward to seeing how he does as well.”