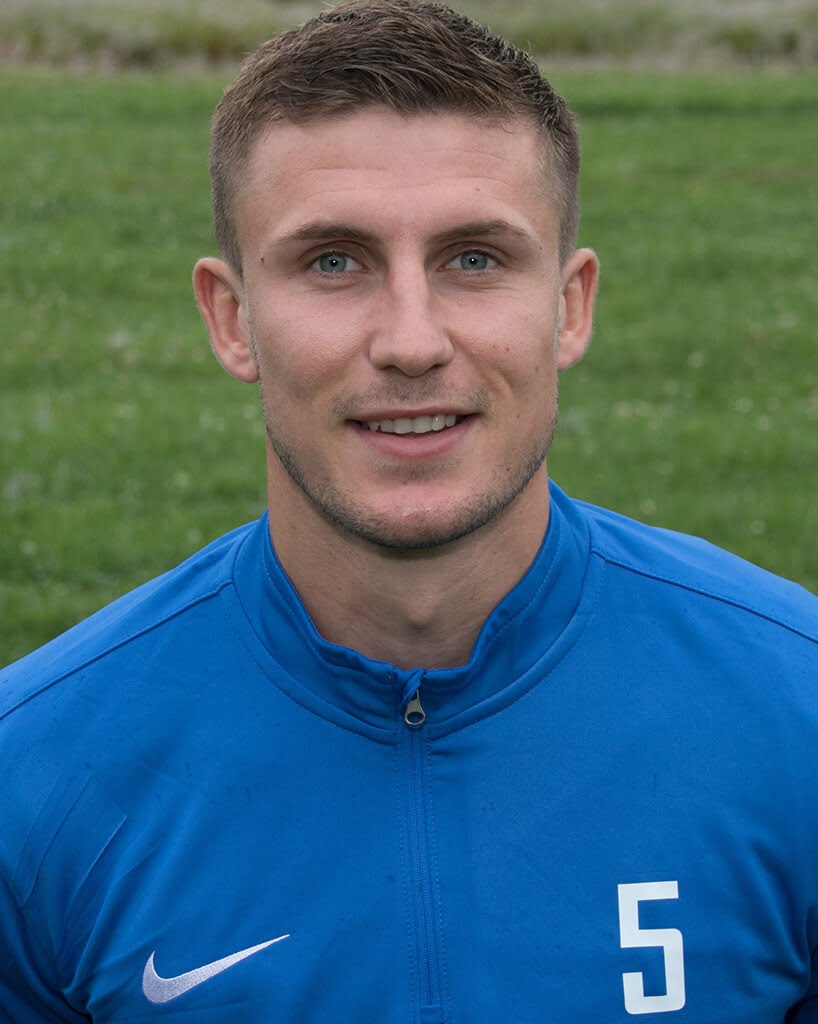 A Manchester United youth graduate and FA Youth Cup winner, McGinty is perhaps the most decorated of all United’s players.

Signed by player-manager, Kevin Nicholson, Sean helped to fill the void left by the departure of club captain Angus MacDonald who left to join Barnsley FC.

A defender who puts defending first and foremost, McGinty has been one of the first names on the team sheet.

Despite United’s fight against relegation, McGinty earned the Young Player of the Season award for his performances at the heart of United’s defence, playing every second of our campaign.