PRE-SEASON | Away to Stoke Gabriel on Saturday (2pm KO) 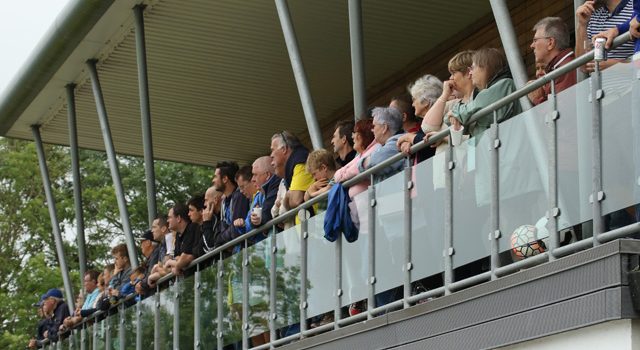 PRE-SEASON | Away to Stoke Gabriel on Saturday (2pm KO)

THE next step in the long road of pre-season will take United to Stoke Gabriel on Saturday afternoon, and another chance for manager Kevin Nicholson to cast his eye over a group of trial players.

A narrow win at Newton Spurs in midweek was the first game of pre-season and Stoke will be another tough challenge, as they bask in the confidence of winning promotion to the South-West Peninsula League Premier Division last season.

“I’m looking forward to another good local fixture against a very well-run football club, who have enjoyed some success recently,” said Nicho.

“It gives me a chance to see a few new trialists and assess what they are capable of producing, as we are still in need of two or three more players. Stuart Monk is a good guy and good coach, and he will have Stoke playing football in the right way.

“It will be a good test for our lads and hopefully a few people will turn up to watch, which will help Stoke in the same way it did for the terrific numbers at Newton Spurs on Tuesday.”

The game kicks-off at 2pm at Broadley Lane, TQ9 6RR. Gates open at midday and tickets are priced at £5 for adults and £2 for children.