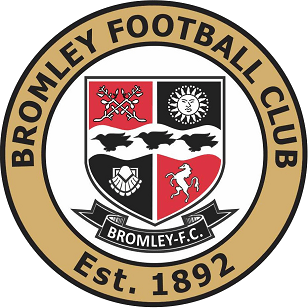 Neil Smith began his playing career as a youngster at Tottenham Hotspur, before leaving White Hart Lane to join Gillingham. Six years and 213  appearances later, Smith extended his League career with spells at Fulham and Reading, before a successful five-year stay at Woking saw him take his first managerial steps as interim joint-manager. Short stints at Welling and Maidstone followed, before Neil was appointed manager of Bromley in April 2016, after five years as assistant to Mark Goldberg.

Following an 11th place finish last season, Neil Smith’s men have begun the 2019/20 campaign in strong fashion by following up an opening day goalless draw at Chorley by defeating Ebbsfleet 3-1 in their first home match. Michael Cheek broke the deadlock on 19 minutes, before a brace from Billy Bingham secured all three points for the hosts.

Defender Joe Kizzi will be a familiar sight for Gulls’ fans, with the 25 year-old turning out for United’s National League South rivals, Billericay Town, last season. Equally at home at right-back or centre-back, Kizzi’s performances were recognised as he was named in the 2018/19 NLS Team of the Season, following 5 goals in 40 appearances.

A 2-0 win at Hayes Lane secured The Gulls’ safety back in April 2016, when goals from Angus MacDoanld and Courtney Richards were enough to see off The Ravens, who were reduced to ten men following Ali Fuseini’s 50th minute red card.

National League | Bromley FC Vs Torquay United | 10/08/19 | The Stadium, Hayes Lane, BR2 9EF | The United Travel Club will be running a coach for supporters wishing to make the journey, further details can be found here