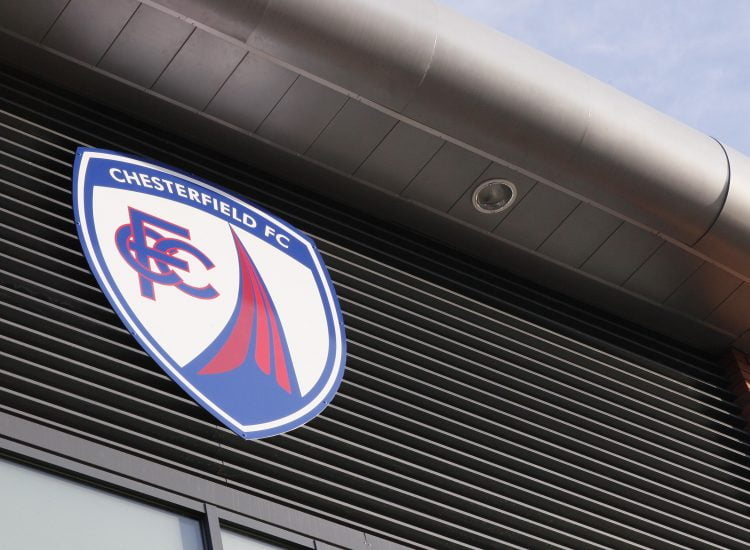 Following on from last weekend’s thrilling 4-2 home win over Harrogate Town, Gary Johnson’s side make the trip up to Derbyshire to take on one of the pre-season promotion favourites, Chesterfield. 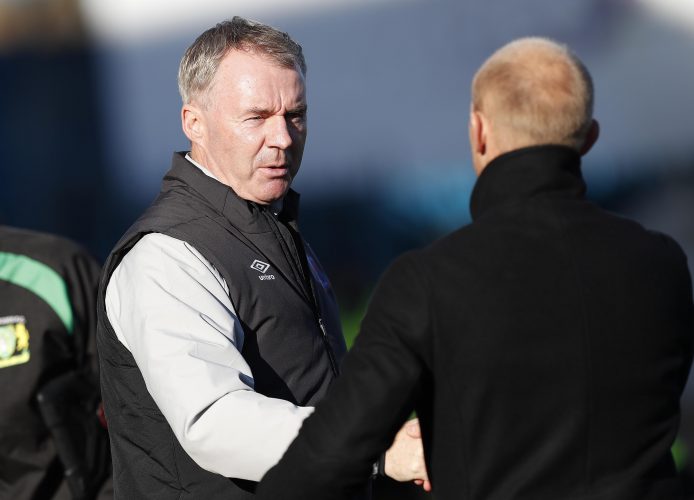 Experienced manager John Sheridan was appointed boss at the Proact Stadium for the second time in January, following the departure of previous boss, Martin Allen. As a player, Sheridan enjoyed a distinguished career representing the likes of Leeds United and Sheffield Wednesday, for whom he scored the winning goal in the 1991 League Cup final against Manchester United. After representing the Republic of Ireland at both the 1990 and 1994 World Cups, he took his first managerial steps with Oldham Athletic. He has since taken charge of numerous other clubs, such as Plymouth Argyle, Notts County and Carlisle, however his finest successes took place during his first spell in charge of the Spireites, who he led to the League Two title in 2010/11, and the Football league Trophy the following season.

Following a strong finish to last season, in which Sheridan’s appointment saw them pull well clear of relegation danger, hopes were high amongst the Chesterfield faithful that the club would go on to mount a meaningful challenge to regain their EFL status at the second time of asking. The season could not have begun in worse fashion though, and they remain winless after ten games, with five ending in defeat, with last weekend’s 2-1 reverse at Bromley proving to be the latest setback. 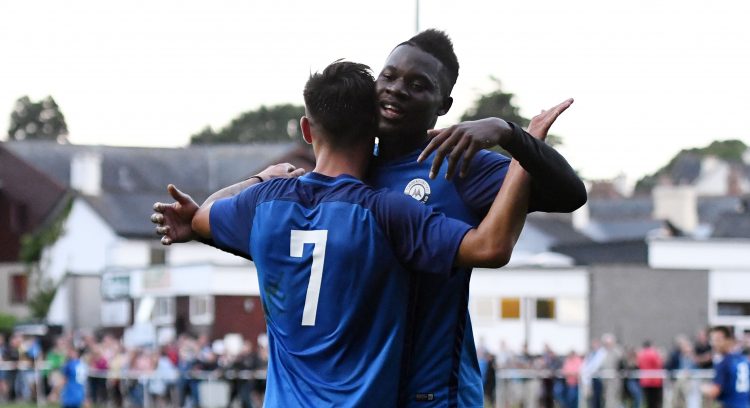 Mike Fondop-Talom may never have played a first-team fixture for United, however his name will still be familiar amongst some of the Yellow Army. After netting twice for a Torquay XI in a 2017 pre-season friendly against Newton Abbot, Fondop-Talom went on to pastures new to further his footballing career. Stints at Halifax, Wrexham and Maidenhead preceded the towering frontman’s move to Chesterfield in August, and he has begun the season well, netting five times during the club’s difficult start to the season. 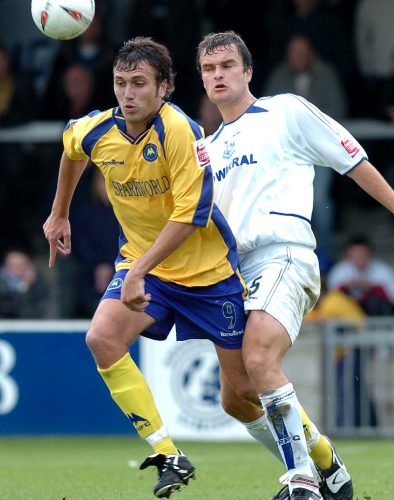 Glasgow-born striker Martin Gritton enjoyed two spells at Plainmoor, with the second coming during a loan spell from Chesterfield in 2010. Gritton’s form for Macclesfield Town persuaded The Spireites to pay £40,000 for him some 18 months earlier, however it will be his first stint in Torquay’s colours that United fans will remember most, as his goals helped Leroy Rosenior’s clinch automatic promotion from Division Three on the last day of the 2003/04 season.

United’s last victory at the Proact (then B2net Stadium) came in 2011, as Martin Ling’s League 2 side travelled to Derbyshire to face their League 1 counterparts in an FA Cup 1st Round tie.
The Gulls took the game to their higher division opponents, and took a 20th minute lead through diminutive winger Danny Stevens.
Although Jordan Bowery drew the hosts level early in the second half, strikes from Rene Howe and Kevin Nicholson saw Torquay safely through to Round 2.

For United fans interested in making the trip to Chesterfield, ticket and travel details are available here.