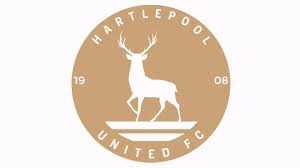 A packed opening month of the season comes to an end on Saturday, as Gary Johnson’s side welcome Hartlepool to Plainmoor (31/08/19 3pm KO)

Craig Hignett enjoyed a fine career as a player, most notably as part of the Middlesbrough side that finished up as runners-up in both the League Cup and FA Cup competitions during 1996/97. Spells at numerous other clubs including Barnsley and Blackburn Rovers followed, before Hignett hung up his boots in 2009. Following a previous spell in charged during 2016-17, Craig was appointed as Hartlepool manager for the second time in January 2019.

After securing a 16th place finish last term, The Pools have experienced a bumpy start to the 2019/20 season and currently reside in exactly the same position, with eight points from seven games. Last Monday though, saw Hignetts’s men secure an impressive 4-2 win over Wrexham, with two goals apiece from Gime Toure and Liam Noble.

28 year old attacking midfielder Ryan Donaldson knows what it takes to get out of the National League, having scored the winner for Cambridge in the 2014 Promotion Final. After beginning his career with hometown club Newcastle United, Donaldson went on to win England caps at Under-19 level, before representing the likes of Tranmere, Gateshead and Plymouth Argyle, prior to arriving at Victoria Park in 2017.

Centre-back Myles Anderson may have only ever scored one league goal, however few United fans will forget it. With Torquay going into the final game of the 2016/17 season needing to win to ensure safety, it was Anderson who popped up with the match-clinching second goal in their 2-0 win over North Ferriby.

Once regular Football League adversaries, the two clubs have only met sporadically over the past fifteen years or so, and you have to go back to October 2001 for the last time The Gulls got the upper hand on Hartlepool, with David Graham notching the winner for Roy McFarland’s team at Plainmoor.