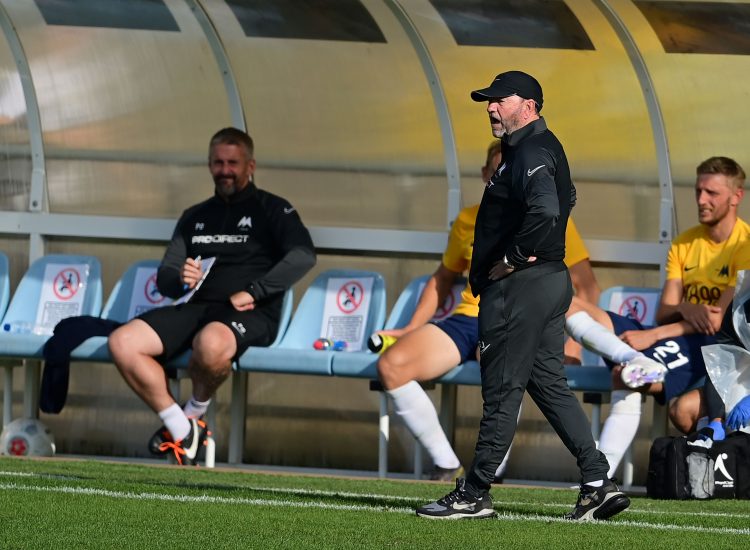 With the clock counting down to the National League start date on October 3rd, Chippenham Town will be the latest side to put United through their paces at Plainmoor tomorrow (3pm KO).

Like The Gulls’ other pre-season outings, there be no spectators present for this behind-closed-doors encounter, however the Yellow Army will once again be able to watch the whole match LIVE via the official club website here, with the game kicking off at 3pm.

Manager Gary Johnson is looking forward to his side facing the latest test in their pre-season preparations, with there being another friendly face in the opposition dugout.

“We welcome Chippenham Town and a very good friend of mine, their manager, Mike Cook. We’ve known each other a long time now, a youngish manager that will have a big future, and we wish them well for the rest of the season.

“He played for me during our old Cambridge days, many moons ago. I was a young manager and he was… a very enthusiastic footballer!” quipped Johnson, before paying tribute to his opposite number.

“Mike had a lot of qualities in his game, and the one thing I am sure he will instill in his Chippenham side is competitiveness, in his own image.

With United now halfway through their practice match programme, the gaffer is pleased with the progress being made by his group of players, with the big kick-off now a little over a fortnight away.

“I’m pleased that many of our boys are now getting that match sharpness at the moment. We still have this game, and the Bath game, for them to hone our match sharpness.

“Unfortunately we haven’t been able to see all the squad at this moment in time, but we’re making sure that a) we’re working very hard in pre-season training, and b) we have to look after the little niggly injuries that occur, and not make them any worse by playing somebody who’s not 100%. I am sure our squad will be there or thereabouts by the opening day against Stockport.

Johnson also gave his thoughts on the club’s new streaming service, which has already been gaining plaudits from the Yellow Army over the past week.

“Once again it seems to be a great success from what hear, and by what I’ve seen on social media, and people are enjoying the live streaming. It’s a great way to keep in touch with what’s going on, on the field of play.

“I’ll keep telling the boys that although its any empty stadium, lots of people want to see how you’re doing, so we’re still playing to our supporters, as well as we are to ourselves.”

LIVE streaming of the match will be available from 2.50pm for just £4.00 – Please click here.