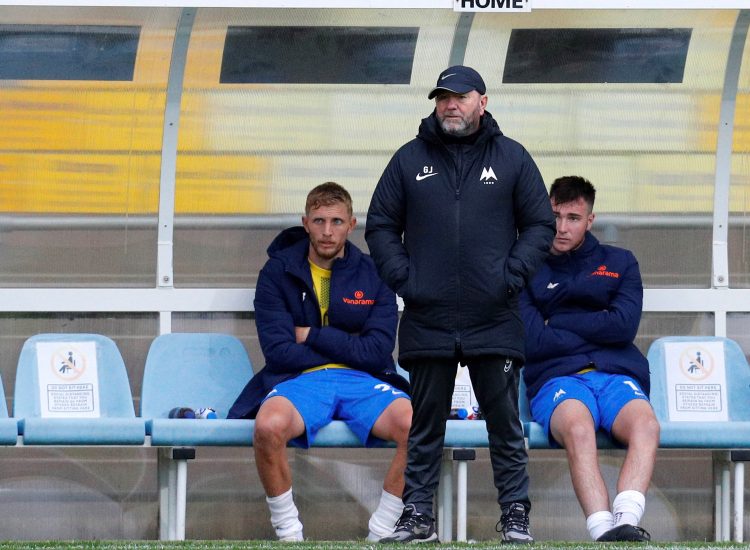 Despite their season being only three weeks old, Gary Johnson’s side travel to Sholing FC in the Emirates FA Cup 4th round qualifying tomorrow, with a place in the first round proper at stake.

United have made an excellent start to their National League campaign, having won four of their opening five fixtures, however their one-off cup tie against the side from Hampshire offers a completely different challenge altogether.

Having seen off Bemerton Heath, Fairford Town, Saltash United and Walton Casuals to make it through to this stage, The Boatmen have also begun the new campaign well, having tasted defeat just three times in twelve competitive outings. That run culminated in the 1-0 Russell Cotes Cup Final win against Lymington Town on Tuesday evening, with Dan Mason’s 44th minute strike enough to secure the silverware for Dave Diaper’s side.

With this in mind, the Gulls’ boss is adamant that there will be absolutely no room for complacency ahead of the clash at Mackoy Stadium.

“We look forward to our FA Cup game at Sholing. It’s given us a different focus, in the build-up to the FA Cup, rather than a league game,” began Johnson.

“We won’t underestimate them, and we will need to be professional to come away with a result. They have got several players who have played for the club for many seasons, so I am sure they will have a great team spirit and know each other’s games – There’s a couple of sets of brothers!”

The gaffer’s arrival at Plainmoor in October 2018 has coincided with a noticeable upturn in the club’s recent FA Cup record. Victory in Hampshire on Saturday would see United take their place in the first round draw for the third successive season, having failed to progress past the qualifying rounds during the previous four campaigns.

“I am sure that it is not just a case of us turning up, we will have to produce a decent game to progress. I’m sorry that the Yellow Army can’t watch the game, however they can tune into TUFC Radio.”

Full match commentary will be available online via TUFC Radio here, with coverage beginning at 2.45pm.