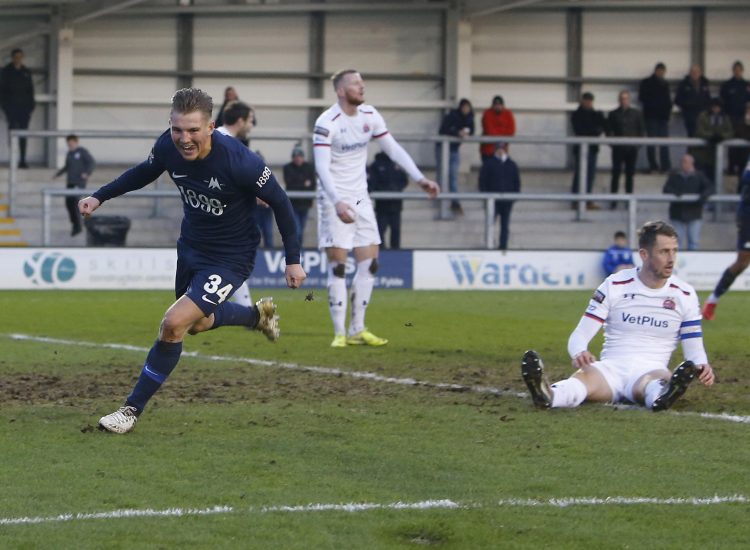 United produced a performance full of guile and graft to secure a richly deserved three points over AFC Fylde at Mill Farm.

Tom Walker opened the scoring for the home side, only for captain Asa Hall to level things up soon after. United sensed victory when Jamie Reid and Ben Whitfield notched either side of half-time to turn the game on its head, and despite Jordan Williams setting up a nervy finale, Gary Johnson’s men saw the closing stages out to secure their first ‘double’ of the season.

Gulls’ manager Johnson made one change to the starting line-up that bowed out of the FA Trophy against Halifax last weekend, with Kalvin Lumbombo-Kalala recalled in the place of Kyle Cameron.

After making a bright start, United fell behind to a swift counter attack in the 13th minute, with Walker catching out The Gulls’ backline on the break, before firing the ball past Lucas Covolan.

After winning a corner, Connor Lemonheigh-Evans sent in a superb delivery towards the head of Hall, who directed the ball down and into the net to level things up. 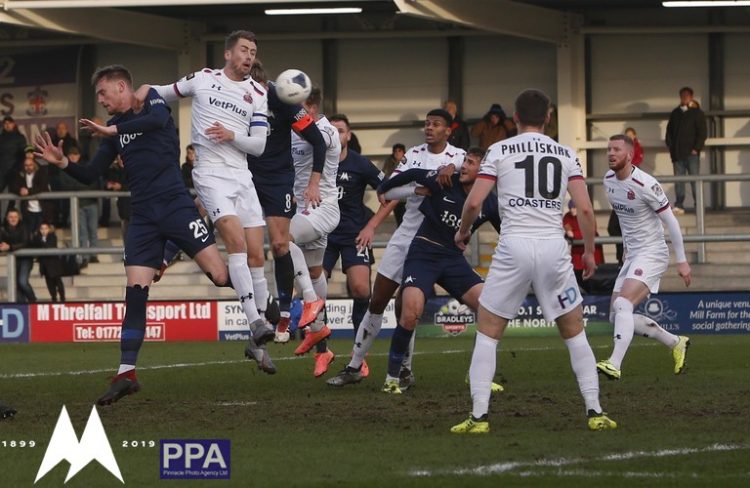 Following the swift exchange of goals, the game began to open up, with both sides enjoying space and time on the ball.

Apart from a couple of shaky moments where the bobbly surface nearly caught United out, it was Johnson’s men who were creating the better chances though, with some terrific passages of possession football.

In the 29th minute, United deservedly took the lead. Some neat close control from Kalala saw him play the ball to Reid in space. With Torquay’s leading scorer needing no second invitation, he slammed the ball past Hornby to turn the match around. 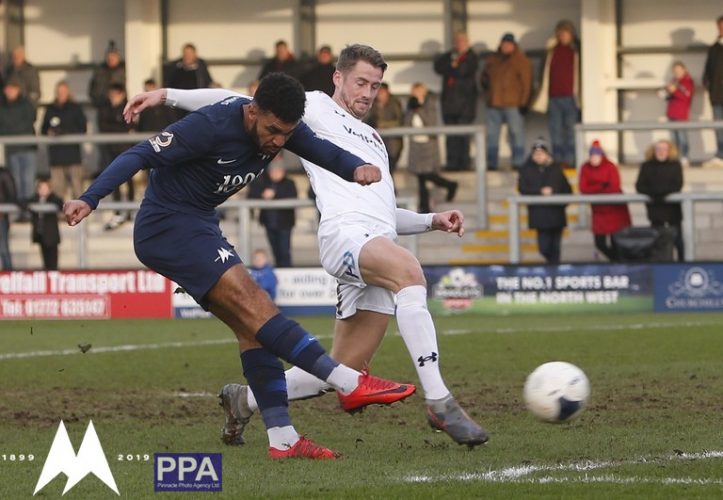 Some lovely interplay between Lemonheigh-Evans and Reid nearly saw Torquay stretch their advantage six minutes later, however this time Reid sent didn’t quite catch hold of the shot, with the ball sailing wide of the near post.

As the match approached the interval, it was Johnson’s men who were continuing to threaten, with a number of crosses just lacking the finishing touch.

Down the right-hand side, Joe Lewis produced an inviting cross that just evaded the onrushing Reid and Lemonheigh-Evans, before Reid sent another ball just over the head of Whitfield soon after.

At the interval, the travelling Yellow Army applauded their team off the field, with the one goal advantage scant reward for an excellent showing.

There was an early let-off for The Gulls three minutes after the restart, as the ball fell to Walker at point-blank range, however with the goal gaping, he could only direct the ball at the stranded Covolan.

Responding to the threat straight from Covolan’s clearance, Reid nearly nipped in to make it 3-1, with Daniel Philliskirk just denying him in the nick of time.

Moments later, Lewis and Kalala combined to feed Whitfield in a promising position, but on this occasion the United man sent it wide.

On the hour mark though, he made no mistake.

Following a minute of so where only some desperate clearances saved the hosts, a neat ball from Hall saw Reid fire in a shot. Sam Hornby in The Coasters’ goal did well enough to parry the ball, however it fell straight into the path of Whitfield, who seized on the chance to make it 3-1. 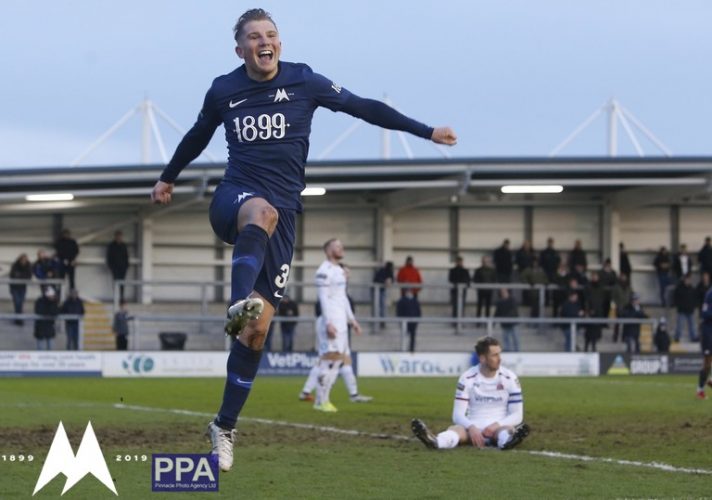 The home side, aware that the game was drifting away from them, finally started to create some chances of their own as they looked to salvage a point.

They nearly halved the deficit in 71st minute, as Daniel Bradley was well-placed to pull one back for his side, but from 14 yards out, he directed his right-footed shot well off-target.

Seven minutes later, the home side did reduce the arrears as Fylde’s leading scorer Jordan Williams capitalised on a moment of hesitation to steer the ball home and make it 2-3.

With Gary Warren impressive in the heart of the defence though, United were in no mood to give out any gifts in the closing stages as they secured their first victory on road since early November.

A quick view of the National League table provides plenty of optimism for the Yellow Army as Johnson’s team head into the final third of the season, with the last of the play-off positions now just five points away.

United are next back in action next Saturday as they look to follow up this excellent showing against Ebbsfleet at Plainmoor. Tickets are available here.