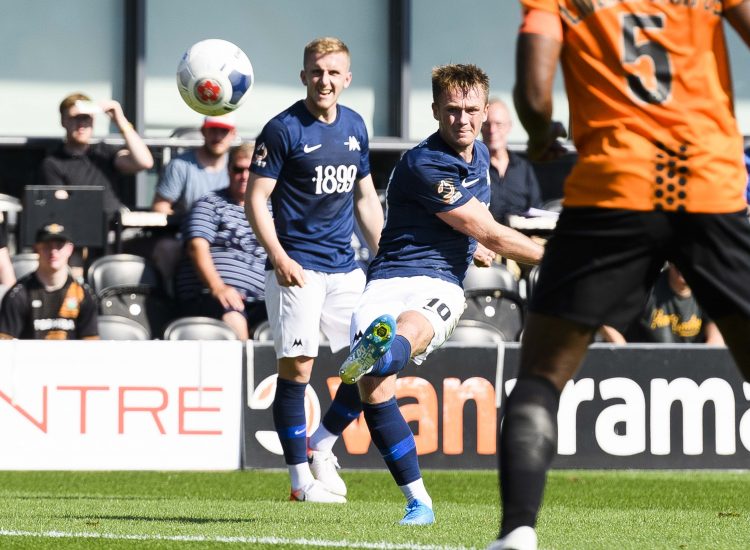 United had to settle for a point against Barnet, as the hosts battled back to grab a draw at The Hive.

United had the perfect start, with Jean-Yves Koue Niate and Armani Little giving United a two-goal advantage at the interval, however the North London side hit back after the break to level thanks to Ephron Mason-Clark and Jack Taylor.

Manager Gary Johnson opted for just the one change to the side that beat Aldershot on Saturday, with captain Asa Hall returning in the place of Opi Edwards.

Johnson’s men began the game in excellent fashion. A number of warnings had already been signalled by the United attack, before Armani Little was brought down on the edge of the box in the fifth minute.

Little sent the resultant free-kick into the box, and although keeper Scott Loach did well to parry the ball, it fell kindly into the path of Koue Niate, who slotted home from close range. 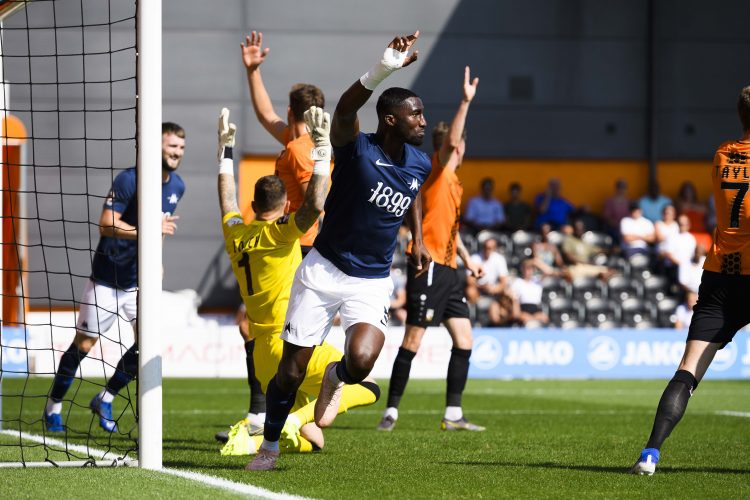 Barnet spurned a good chance to equalise three minutes later, but Taylor couldn’t quite stretch enough to fire home a threatening cross across the box.

United were making light of the blisteringly hot conditions in the lead up to a dinks break midway through the opening period, with a number of delightful passing moves that threatened to open up the hosts’ defence.

On the half-hour, The Gulls doubled their lead with a goal worthy of gracing any pitch throughout the country.

From all of 30 yards out, Little looked up and curled the bar high into the roof of the net, giving Loach no chance at all. 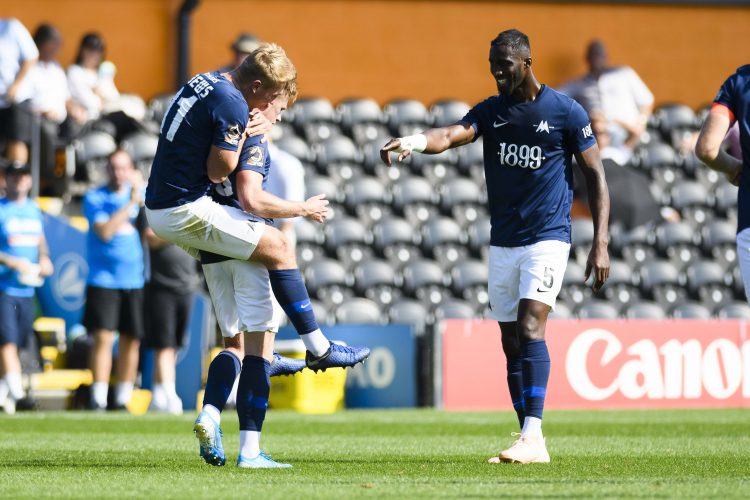 GOAL! Armani Little of Torquay United celebrates with his teammates having scored to double the visitors’ advantage during the Vanarama National League match between Barnet and Torquay United at The Hive Stadium, Canons Park, London on the 26th August 2019 | Photo: James Fearn/PPAUK.

Far from sitting back, United continued to take the ball to Barnet and despite a couple of forays into the box from the home side, Johnson’s side were on top by some margin as the half progressed.

On the stroke of half-time, Kalvin-Lumbombo-Kalala nearly added a third from a clever Connor Lemonheigh-Evans ball, but defender Richard Santos did just enough to get in between ball and goal to divert the ball behind for a corner.

As United left the field at the interval, a chorus of boos rang out around the home terraces, in stark contrast to the roars of approval that Johnson’s men received.

Just as The Gulls had struck early in the first half, it was Barnet who reduced the arrears in the opening stages of the second period.

Substitute Mason-Clark made the most of a brief moment of hesitation in the Torquay backline to round Lucas Covolan Cavagnari and drag his side back into the game in the 47th minute.

Sensing the opportunity, Barnet finally began to impose themselves on the game, with Taylor missing two presentable opportunities to level the scores.

A break from the home onslaught came in the 67th minute, as a lovely bit of play from Little played in Lemonheigh-Evans, but his low drive was gathered by Loach at the second attempt.

A second-half drinks break followed, with the Yellow Army hoping that it would give their side a chance to re-establish their first half dominance. 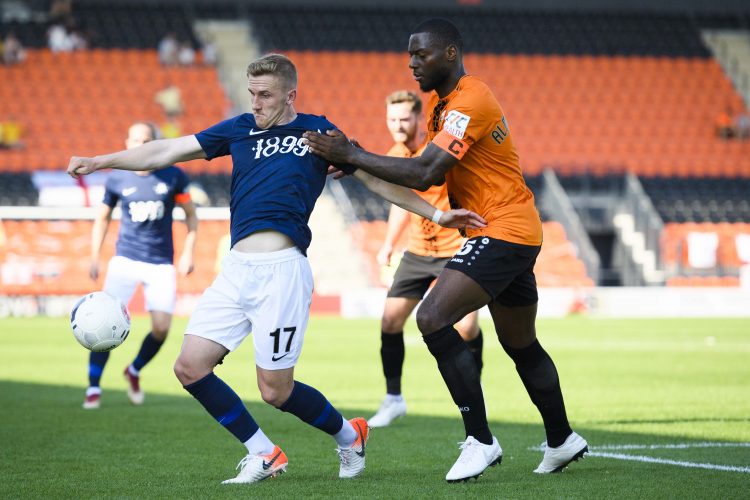 Connor Lemonheigh-Evans of Torquay United and Ricardo Santos of Barnet compete for possession during the Vanarama National League match between Barnet and Torquay United at The Hive Stadium, Canons Park, London on the 26th August 2019 | Photo: James Fearn/PPAUK.

United certainly looked more like their old selves during the last quarter, without managing to shake off their opponents.

The pressure eventually told though in the 88th minute, and after missing a number of other chances, it was Taylor who rifled in a deflected effort that clipped the post on it’s way past Cavagnari.

United did come within inches of finding a late winner in the first minute of injury time, but Barnet’s defence was on hand to clear Hall’s header from an Armani Little corner.

Despite so nearly being all three, it’s another away point in the bag for United, ahead of their return to Plainmoor on Saturday, when they wrap up their August fixtures with the visit of Hartlepool. Tickets are available here.