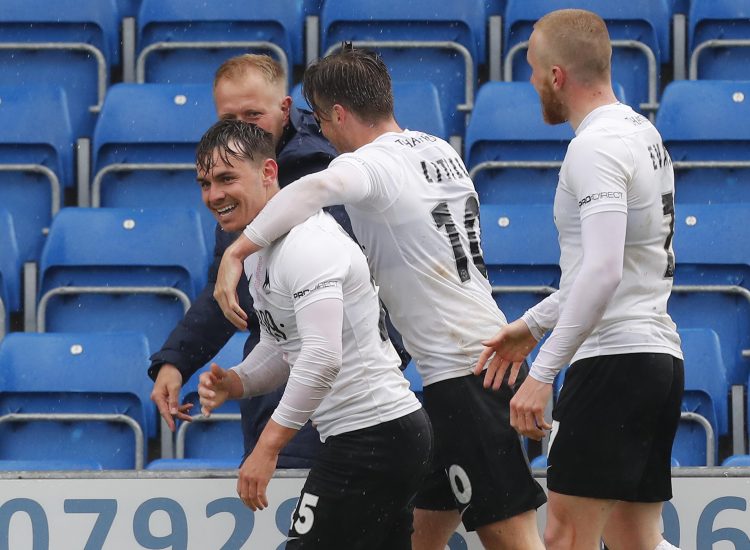 Connor Lemonheigh-Evans gave The Gulls the perfect start after putting his side in front early on, and after soaking up everything that the hosts could throw at them, it was eventually left to Billy Waters to seal the points, to see Torquay extend their lead at the top.

The Gaffer made just the one change to the side that triumphed 3-1 over Eastleigh on Saturday, with Benji Kimpioka recalled to the starting line-up in place of loan striker Scott Boden, with United facing his parent club.

As has become customary in recent weeks, it was Gary Johnson’s side who made most of the early running, with Jake Andrews trying the spectacular on 6 minutes. After spotting the home stopper Grant Smith off his line, he tried his luck from all of 50 yards. The effort was bang on target, however Smith just backtracked in time to collect the ball.

Three minutes later and the hosts created an opening of their own, as Liam Mandeville’s left wing cross picked out the head of Kairo Mitchell, who rose highest but sent the ball wide of the target.

The action reverted to the other end soon after though, as Dean Moxey fired a 25 yard diagonal effort narrowly wide of the far post, before a minute later, Torquay broke through.

Andrews picked up a loose ball in the centre of midfield, before delivering it superbly into the path of Lemonheigh-Evans eight yards from goal, and the Welshman duly sent Smith the wrong way to make it 1-0 to The Gulls. 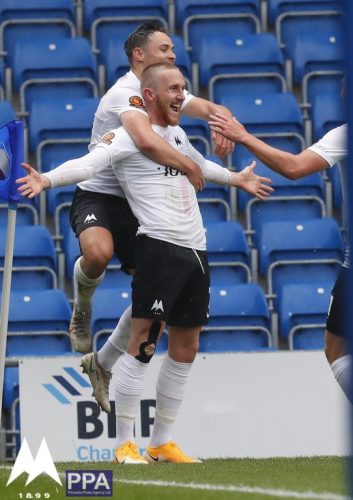 For a period thereafter, The Gulls appeared to go close to a second, with a superb ball by Moxey feeding Andrews down the left edge of the box in the 21st minute, however with no-one available in the centre, Andrews’ powerful low effort drifted wide across goal.

Chesterfield began to rouse themselves as the game approached the half-hour, with Danny Rowe nearly profiting from a right-wing free kick, however The Spireites striker headed the ball over the crossbar from near the penalty spot.

They went even closer a couple of minutes later, as a corner presented George Carline with the opportunity to head goalwards, however the ball was cleared just short of the goalline by Randell.

Torquay were having to soak up a fair amount of pressure in less than ideal playing conditions, however they held firm until the interval, having restricted their opponents to only a handful of clear-cut chances.

The conditions dictated a scrappy start to the second half, with neither side able to create much in the way of goalscoring opportunities amid the wet and windy conditions.

As the match ticked past the hour mark, Chesterfield started to test The Gulls’ backline.

Substitute Adi Yussef used his pace to beat Sherring down the left, and after rounding Covolan to divert his shot towards an unguarded net, Moxey arrived in the nick of time to clear the ball off the line with millimetres to spare. Seconds later, Mandeville headed wide from point-blank range, as the pressure began to increase.

Johnson’s team were struggling to create much in the final third at this point, however with proceedings entering the final fifteen minutes, it was to their credit that they had restricted the home side to little more.

With the territorial advantage with Chesterfield, a few nerves would no doubt have began to surface amongst the watching Yellow Army, however just as he did on Saturday, Waters delivered with a superb finish. 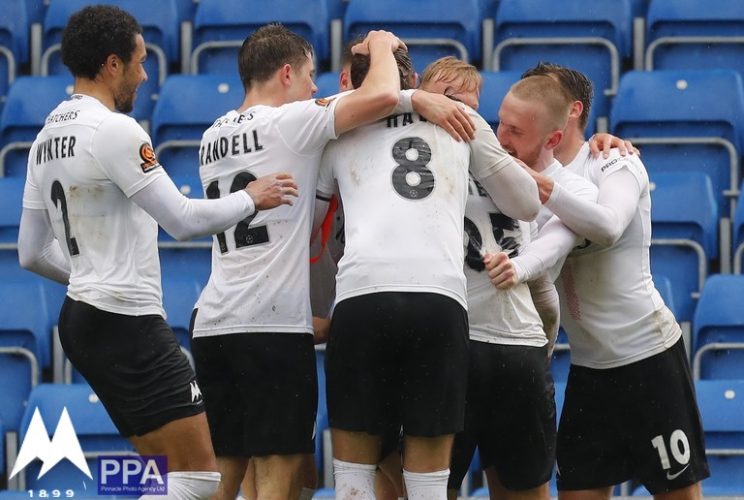 After winning a free-kick in the 73rd minute, Sherring produced a delicate flick into the path of Asa Hall, who in turn fed Waters, with the United striker duly finishing teh move off with a sublime left footed strike from just outside the box, leaving ‘keeper Smith with little else to do but pick the ball back out of his net.

It was a classic sucker-punch, and although there was still a fair bit of defending to do in the time left, the back line continued to hold firm as they had done previously, as Torquay secured their first win in this part of Derbyshire, after 50 years of trying.

Four games to go, and Johnson’s men remain right where they want to be – and you can be assured that they will be doing everything possible to stay there as the season heads towards its climax.