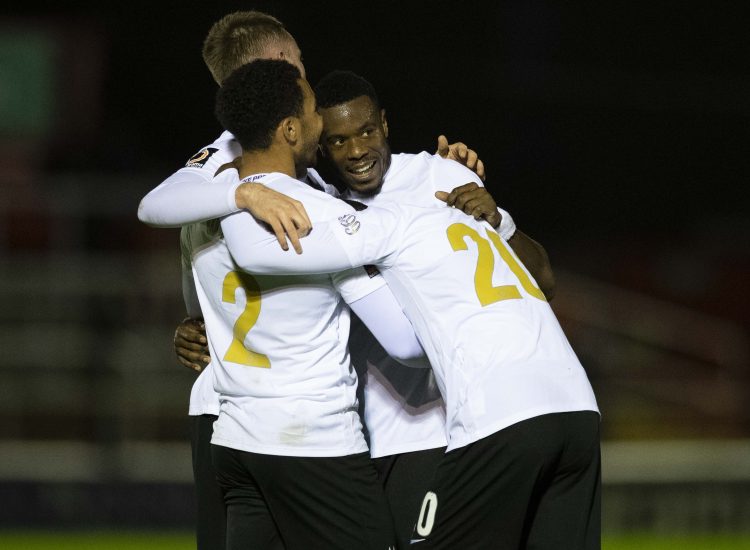 United moved up into the National League play-off places, following a stylish performance at Ebbsfleet on Tuesday evening.

An early strike from Jake Andrews put Torquay ahead, before leading scorer Jamie Reid doubled the advantage midway through the first period. Ebbsfleet briefly rallied, with Josh Umerah netting before the interval, but early second-half efforts from Matt Buse and Liam Davis saw The Gulls put the game beyond their opponents, who could only respond with a late Gozie Ugwu header.

Gary Johnson named an unchanged line-up for the third successive match, with the only alteration occurring on the bench, with Ruairi Keating returning to the matchday squad in the place of Joe Lewis.

In keeping with their recent performances, United began the game well. A typically determined run by Ben Whitfield teed up Kalvin Lumbombo-Kalala for a first-minute shot, however it was off-target.

A statement of intent had been sounded though, and The Yellow Army didn’t have to long to wait before their side’s early dominance was rewarded. As superb passage of play saw the ball played into the back post, where Andrews was sliding in to notch his fourth goal of the season.

It was all United for the next ten minutes, as wave upon wave of Torquay attacks were only thwarted by some resolute defending by the home side.

Just as the Kent side began to enjoy a bit of possession of their own, Johnson’s men responded again in devastating fashion.

The Fleet were looking to build up an attack in the 25th minute, but after losing possession, Andrews turned creator and picked out Reid, who fired home an unopposed left-footed effort for his tenth goal of the season. 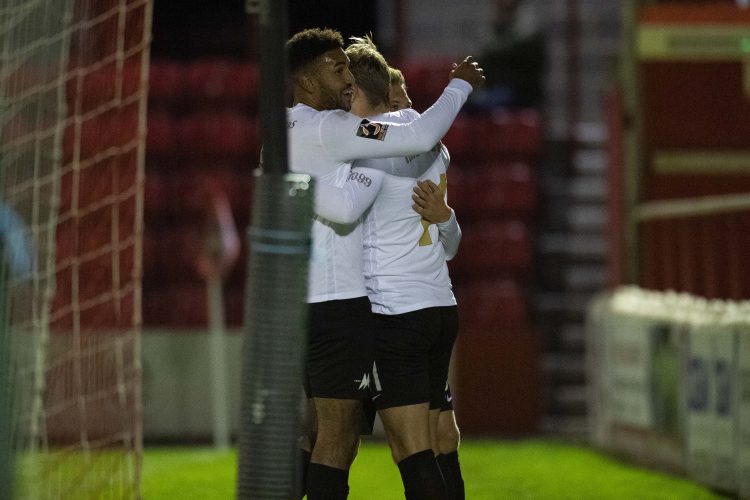 With Torquay well in charge, the travelling Gulls fans looked certain to have more to celebrate during a one-way first half hour, however a timely reminder of the threat posed by every side at this level was served nine minutes before the break.

A swift counter attack saw the onrushing Umerah fire home inside the area to halve the deficit and drag his side back into the game.

As the half drew to a close, an entertaining encounter was beginning to become a little more even, as United’s classy attacking play was countered by Ebbsfleet’s physical presence.

Both Alex Reid and Gozie Ugwu snatched at chances to draw their side level, but the lead remained intact as both teams left the field at the interval.

Two minutes in, Andrews, a key figure in proceedings all evening, set up Reid to strike at goal. Goalkeeper Jordan Holmes did well to save the initial effort, but the rebound fell kindly into the path of Buse, who registered his second goal in successive games by lashing the ball home from close range.

A great start turned into a superb one seven minutes later, as superb build-up play throughout the side left Davis in space inside the box. After a year without a goal, United’s left-back took full advantage of the opportunity by stabbing home the loose ball to make it 4-1. 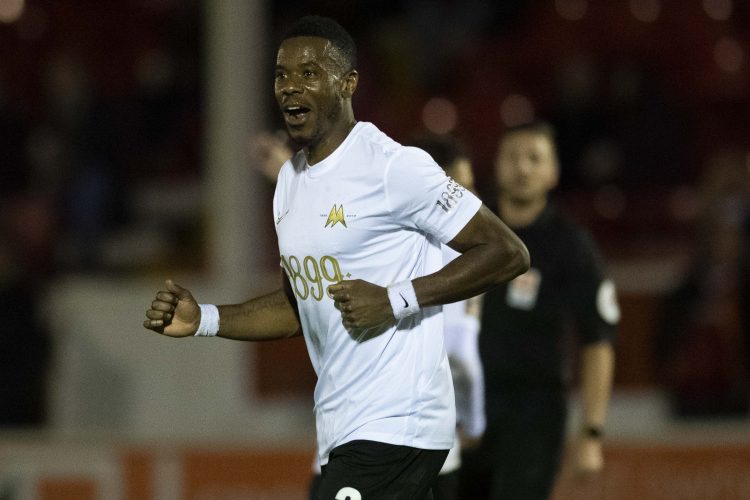 That two-goal burst certainly took some of the wind out of the sails of their opponents, and United failed to offer any encouragement to the hosts in the spell that followed.

With Johnson’s men continuing to probe, they looked good value for a fifth, however it was the home side who eventually had the ball in the net next, with Ugwu getting ahead of Covolan to head home with nine minutes remaining.

That goal did offer some faint hope for the home side, with United’s backline having to remain alert in the dying stages.

Their work would have been all the more comfortable in the 87th minute, when a superb effort from Frank Vincent appeared to strike the bar and bounce down over the line, however the officials weren’t convinced, and the score remained at 4-2.

Three wins in a row sees The Gulls in fine form, however their next challenge is only four days away, as they take on Notts County at Meadow Lane on Saturday. Ticket details are available here.