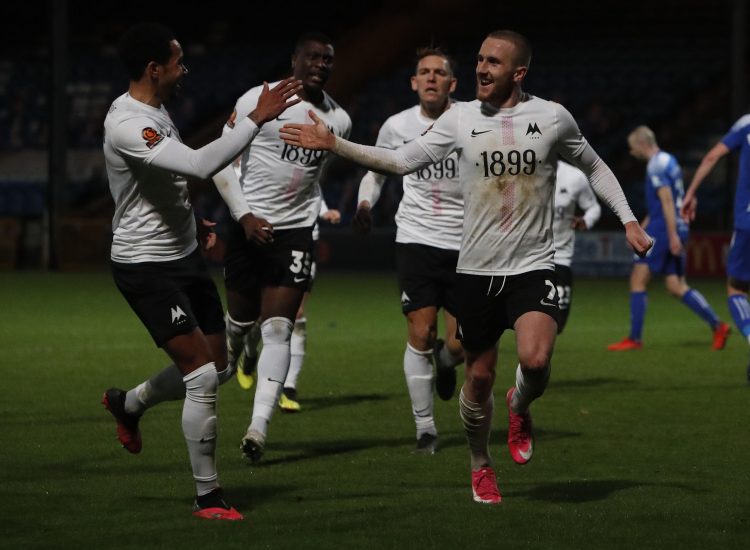 United’s excellent start to the season continued, as they secured another three points against FC Halifax Town at The Shay on Saturday.

Skipper Asa Hall’s opener was cancelled out by an early second-half equaliser from Jamie Allen, however despite missing a penalty, Torquay rode out 2-1 winners thanks to a late winner from Connor Lemonheigh-Evans.

Manager Gary Johnson was forced into a couple of changes from the line-up that drew 1-1 with Boreham Wood last time out, with Gary Warren and Billy Waters taking their places in the starting eleven for the first time in the league this season. Dean Moxey and Adam Randell sat out the fixture in West Yorkshire, with the latter serving a one-match suspension, following his red-card last weekend.

There was little to choose between the two sides during a cagey opening few minutes, with the first half-chance falling the way of the hosts in the ninth minute, as a tempting through-ball from Luke Summerfield found Allen in space inside the area, however the Town man could only drag his cross-shot across the face of Shaun MacDonald’s goal.

Three minutes later, Lemonheigh-Evans’ effort from 25 yards proved much more threatening, with his low drive forcing home ‘keeper Sam Johnson to make a slightly unorthodox parry down to his left.

In the 16th minute, MacDonald was called into action, throwing up an instinctive hand to palm over Kieran Green’s rising strike over the bar. The resultant corner led to goal, however it was The Gulls who were celebrating.

After clearing their lines with relative ease, United broke at pace down the left. After exchanging passes with Cameron, Ben Whitfield found space down the wing to send in an inviting cross into the box, which captain Hall gleefully buried into the net to make it 1-0 to The Gulls. 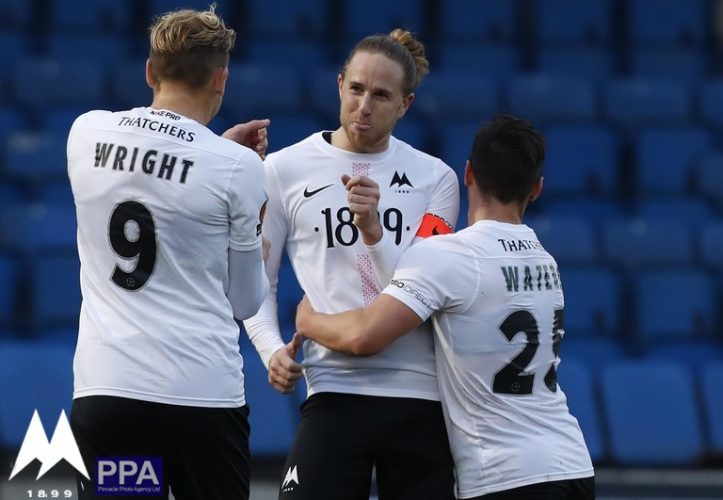 That goal sparked a good spell of possession for Johnson’s men, with only the final ball preventing Halifax succumb further damage.

They did go close to doubling the advantage on the half-hour however, with a neat passing move ending with Hall rifling in a shot from just outside the area, with stopper Johnson relived to see the ball skid past his far post, before Aaron Nemane tried his luck from a similar position five minutes later – his effort was too high though, as it drifted over the crossbar.

As the clocked ticked towards the 45 minute mark, the home side began to get a foothold in the match for the first time, with United’s slender advantage scant reward for a opening period they had largely dominated.

The Gulls did enough to see out the danger until the interval, and had Ben Wynter’s strike from the corner of the penalty area gone in, rather than over – on the stroke of half-time – the break would have been even more enjoyable.

The restart began with Halifax showing increased ambition in attack, however a swift break from United saw Lemonheigh-Evans find space on the left-hand side of the box, with a defensive leg seeing the ball deflect dangerously towards goal, however the ball bounced the wrong side of the post from a Gulls’ perspective.

Then, out of nothing, the scores were levelled on 53 minutes.

A ball to the feet of Allen, with his back to goal 20 yards out, seemed to herald little danger, however an untimely slip from Warren presented the Halifax forward with ample time to pick his spot, before clipping the ball past MacDonald to make it all-square.

Johnson’s side responded well though, with the disappointment of being pegged back not apparent in their play, as they continued to probe Town’s backline, without quite creating the clear-cut chances they craved.

A delightful 62nd minute cross to the back post so nearly delivered a second Torquay goal, however a combination of defender and goalkeeper was just enough to keep Lemonheigh-Evans’ diving header out. 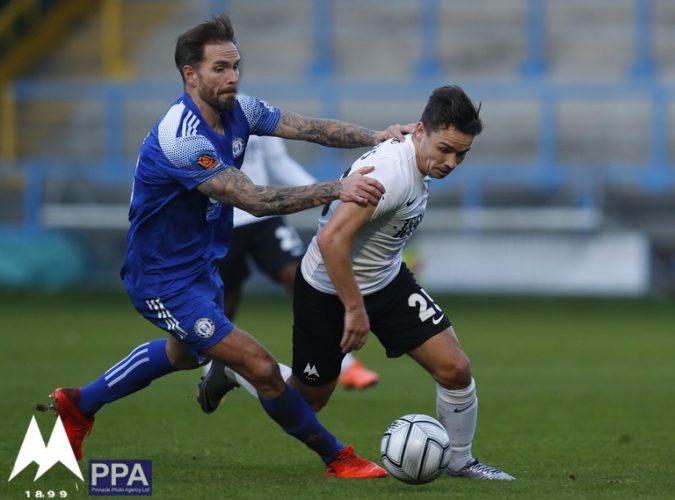 Despite playing second-fiddle for large periods, Town were more than willing to capitalise on any further opportunities presented to them, with some unconvincing clearances inside the box seeing the ball fall kindly to Allen on the 18-yard line, however his 70th minute shot was straight at MacDonald, who gathered at the second attempt.

Two minutes later, United were given a golden chance to re-establish their lead.

Nemane, always a threat on the break, took on a retreating defence, and with his pace proving too much for Tom Bradbury, a late challenge just inside the penalty area resulted in the referee pointing to the spot.

Danny Wright was the man given with the responsibility, and although the ‘keeper was heading in a different direction, the ball cleared the bar, to leave things locked at 1-1.

That reprieve initially boosted their opponents, as they went close twice in a minute.

With ten minutes remaining, Niall Maher saw his 20-yard effort parried behind by MacDonald, however he could only watch as Bradbury rose highest to head over from the ensuing flag-kick.

Just when it looked like the game could have gone either way, the impetus swung back the way of The Gulls.

A deep ball from Wynter into the in the box in the 83rd minute found its way to the back post, before making its way to the feet of Lemonheigh-Evans, who controlled admirably under pressure, before dispatching the ball through a crowd of players into the back of the net. 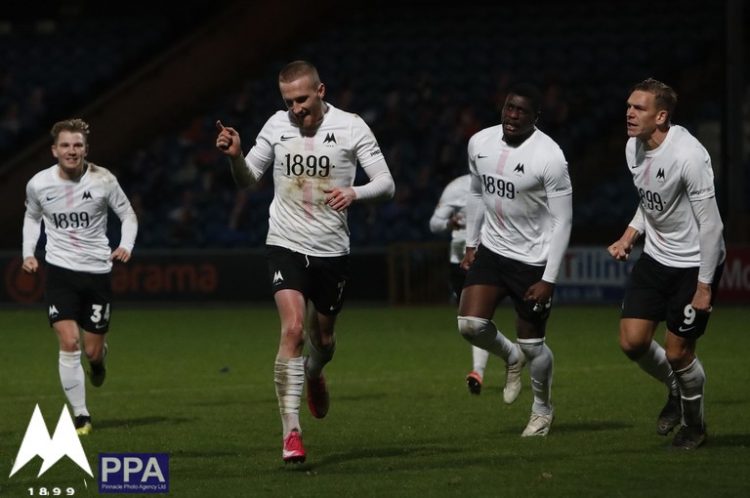 United withstood the predictable onslaught of balls into the box that followed with some determined and brave defending, before the final whistle eventually rewarded their efforts with another valuable three points.

It was the perfect way for United to sign off before a brief break in fixtures, as they firmed up their place at the top of the National League table.