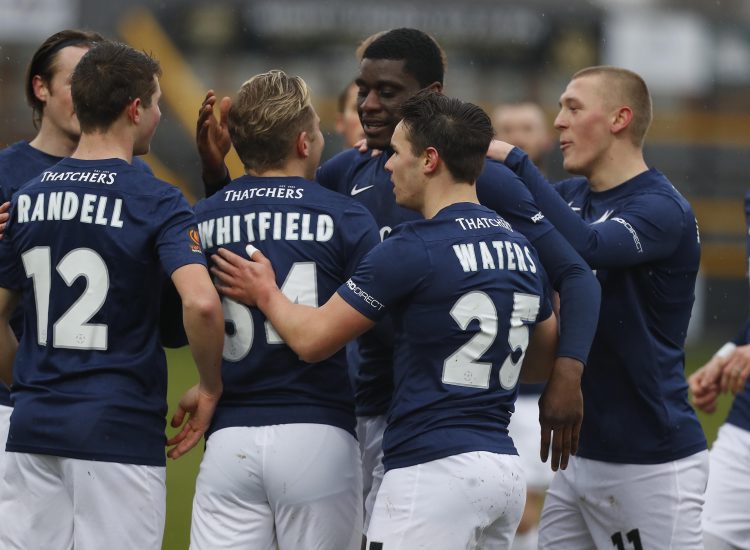 Torquay United marched into the FA Trophy quarter-finals for the first time in five years, with goals at either end of the game sealing victory at Southport.

In a similar pattern to last weekend’s victory over Barnet, Torquay took an early lead at Haig Avenue via Josh Umerah, before their Trophy progress was eventually secured late on through Billy Waters.

With United battling it out on league and cup fronts, manager Gary Johnson made four changes to the side that went down at home to Altrincham on Tuesday evening, with Sam Sherring, Aaron Nemane, Asa Hall, and Connor Lemonheigh-Evans replaced in the starting XI by Max Sheaf, Jake Andrews, Waters and Umerah.

Ben Whitfield was the first player to set his sights on goal in the fourth minute, however his right-footed effort was dragged just wide of the post, much to Anthony McMilllan’s relief in the home goal.

Four minutes later, the home goalkeeper could only watch on as Torquay broke the deadlock.

Umerah, who had made a lively start, began the move on the right wing before feeding the ball out to Adam Randell on the edge of the box. Sensing that the Plymouth Argyle loanee was about to create something of note, The Gulls’ towering frontman made up considerable ground to get on the end of an inviting low ball, before steering the ball into the net from twelve yards out. 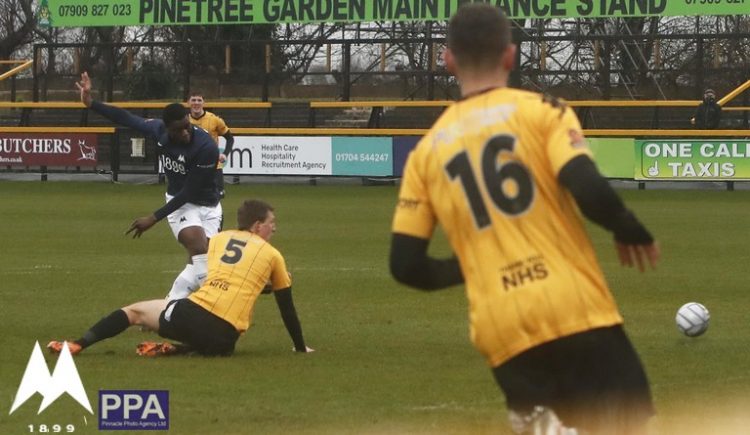 That goal was fitting reward for Johnson’s men, who had bossed the possession stakes in the early stages on Merseyside.

Some classy build-up play nearly resulted in a second on 19 minutes, with Waters showing some excellent close control before directing the ball in towards Umerah, who held off his man with ease to tee up Armani Little, however his shot was too close to McMillan to seriously trouble him.

Moments later, and Waters was the architect for more goalmouth action, with his deep run into the box preceding a pull back into the path of Whitfield, however this time an outstretched Port leg saw the ball deflected away from goal.

Having played such a prominent part in the opening 26 minutes, it was therefore a big blow when injury curtailed Umerah’s afternoon, however his replacement, Rob Street was soon in-amongst things himself as United’s dominance continued as the first half edged towards the interval.

The composure and invention of  the likes of Randell, Little and Andrews continued to keep Johnson’s side on the front foot, whilst depriving the hosts of any real chances right up until time added on, when The Sandgrounders finally began to rouse themselves.

United’s inabilty to clear their lines sufficiently nearly saw them punished twice in quick succession, with Jack Bainbridge, and then Adam Anson moments later, both unable provide the finish required to restore parity at the break.

After finding some late joy down the left-wing, the hosts continued exploring that avenue following the change of ends, with Torquay’s backline forced to retreat towards their own goal for the majority of the opening minutes.

One deep ball into box in the 49th minute somehow fell to the unmarked Connor Woods eight yards out, however the strike lacked conviction, allowing MacDonald the chance to claim the ball down to his left.

Having encountered little resistance during the first 45 minutes, the second period was much more evenly balanced, with some last-ditch blocks from United defenders, not to mention a goal-line from Dean Moxey to deny Jordan Archer, seeing them just about remain in front.

Johnson’s men survived though, and it wasn’t long before they started to create some chances of their own once more.

Just short of the hour mark, a swift counter saw Street bring the ball forward with purpose before playing it to Waters on the edge of the area, with The Gulls’ striker checking back before sending in a low drive that, aided by a deflection, bounced agonisingly wide of the upright.

Southport’s bid to extend their Trophy run saw Torquay begin to exploit a bit more space in the attacking third, as they went in search of a killer second goal.

The home side were still playing an active part in proceedings however, with Kyle Cameron having to come up with a superb challenge befitting of his captain’s armband to halt Archer on the edge of the box, following Wood’s tempting ball forward.

Waters nearly gave Johnson’s men some welcome breathing space eleven minutes from time, however after breaking into the box, he eventually found himself forced wide, with McMillan proving equal to his right-footed effort from six yards out. 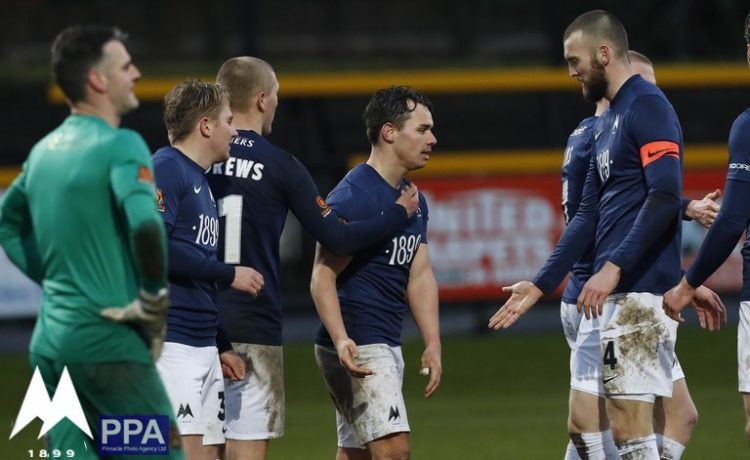 As the match entered the dying stages, and with United’s single-goal lead still intact, the tie remained in the balance, as the action continued to move from end-to-end. The Gulls were looking far more threatening by now though, and with the game well into stoppage time, they finally made it count with a counter attack of real quality.

With Cameron again dealing admirably with a high ball forward, substitute Lemonheigh-Evans picked up possession and burst into opposition territory, before sending out an inch-perfect pass towards his right, where Whitfield proceeded to take the ball into the box, before delivering it onto a plate for Waters, who gleefully slammed home Torquay’s second from around the penalty spot to make it 2-0.

Whilst this result sees the prospect of a Wembley final get ever closer, Trophy progress will certainly be put on the back-burner on Tuesday evening, with the arrival of Wealdstone to Plainmoor marking the halfway point of United’s highly promising National League campaign… Onwards we march!