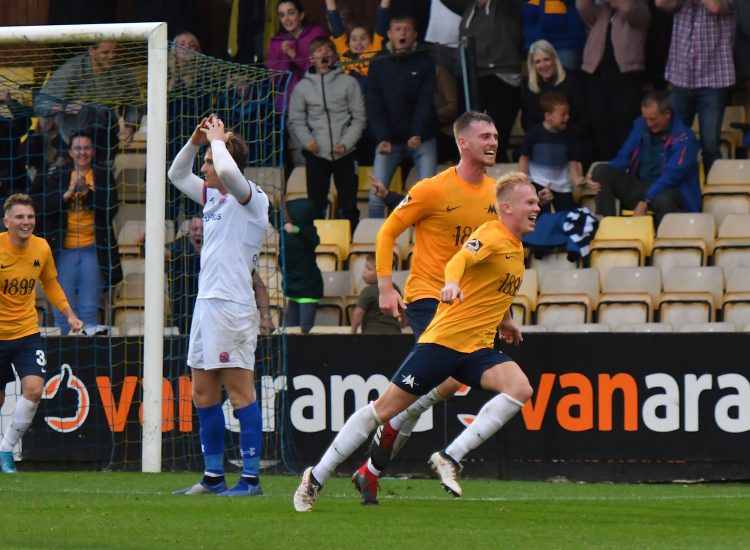 A dramatic late, late winner from Matt Buse saw United snatch all three points against AFC Fylde at the Plainmoor on Saturday.

After a wonderful volley from Kalvin Lumbombo-Kalala put United ahead early on, the visitors looked to have secured a point thanks to Jordan Williams’ second-half leveller, until Buse arrived in the nick of time to settle the match in The Gulls’ favour.

Manager Gary Johnson unsurprisingly stuck to the same side that recorded the marvellous 4-0 away win at Stockport last weekend, although there were a couple of welcome additions on the substitutes bench, with Jean-Yves Koue Niate and Armani Little returning to the matchday squad.

United started the game well, and were into their opponents from the first whistle.

A couple of dangerous low crosses into the box were dealt with by The Coasters’ defence, until a free-kick wide on the left-hand side gave Torquay the early breakthrough.

Just inside the Fylde half, Jake Andrews sent in a deep ball into the box which found the head of Robbie Cundy, with the ball falling delightfully into the path of Lumbombo-Kalala, who unleashed a textbook first-time volley into the top corner from the edge of the area. 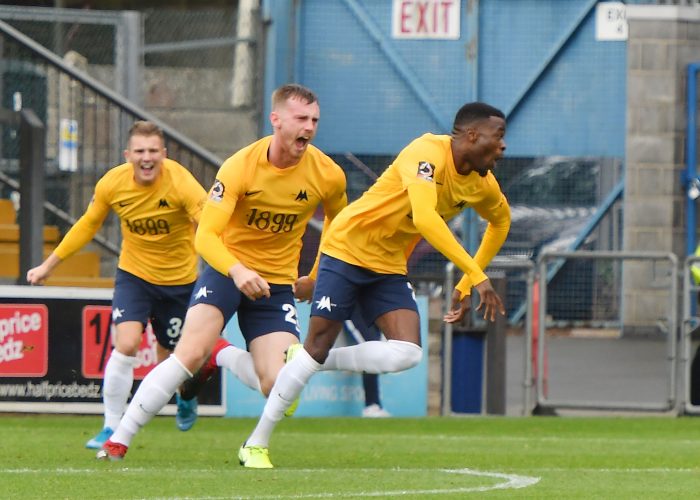 Although United failed to seriously push home their advantage following the Frenchman’s wonderful effort, just as they had done seven days earlier, United’s midfielders and defenders were working hard to limit their opponents to minimal chances in front of goal.

When the visitors did come close to levelling in the 20th minute, the woodwork came to United’s rescue. Alex Whitmore was the man denied as his header thudded against the upright, with Williams firing the rebound tamely wide.

Johnson’s men were well on top for the remainder of the half, although they were unable to turn their territorial advantage into clear-cut chances prior to the break.

As the teams turned around at the interval, The Yellow Army would have been looking for more of an end product to aid their side in the pursuit of a vital three points, however as the match got back underway, it was the side from Lancashire who began the half the better.

A timely intervention from Buse (more of him later) saw a goal-bound Danny Rowe header diverted off the goal line in the 48th minute, before the travelling support were rewarded for their long trip with a goal out of the blue four minutes later.

A long ball forward saw Liam Davis marshall Williams, however with the United defender’s header failing to reach a wrong-footed Covolan, Williams nipped in to level the scores.

From a position of some authority, it took some time for Torquay to recover from the setback.

For the majority of the next half-hour or so, the United backline was forced to soak up large spells of pressure. The centre-back pairing of Cundy and Cameron stood up to the task well though, and the introduction of midfielder Little did give his side a visible lift when he got on the ball.

Andrews came within inches of restoring the lead in the 82nd minute, as he stretched to reach Ben Wynter’s cross at the back-post, however with the clock ticking down, it appeared both sides would have to settle for a point.

Then in the third of four minutes added on, United struck decisively. The ball found its way out to Lumbombo-Kalala on the right, and with remarkable poise and precision, he delivered a inch-perfect cross onto the head of Buse, who sent a near-post bullet header into the net to send Plainmoor into raptures. 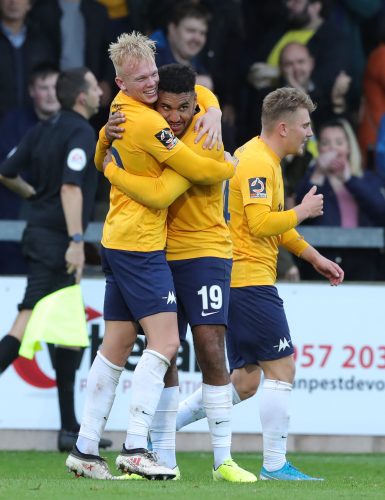